Nigeria decides 2019: Why some polling units are not opened – INEC 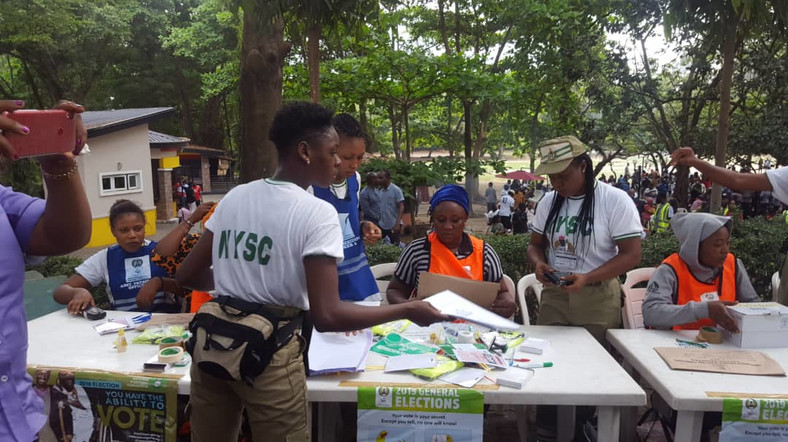 The Independent National Electoral Commission, INEC, has reacted to complaints by Nigerians across the country over the non-appearance of ad hoc staff and officials at polling units as at 9 am.

Festus Okoye, Chairman of the Information and Voter Education Committee of INEC, said most polling units were yet to be set up for the 2019 presidential election because of vehicular movement of officials and ad hoc staff.

He, however, appealed to Nigerians to exercise patience as the situation is under control and would be resolved immediately from the situation room.

Okoye, speaking on Channels TV, said: “Most polling units not open is as a result of a vehicular movement which we are sorting out at the Situation Room. The instruction given to the supervisors and monitors is that all ad-hoc staff must be at their post at 7 am but because of the interest in this election, some arrived at 5 am.

“In few places in Lagos where polling units were not set up on time, they had challenges with voters giving way to them to set up. We are not happy about that because INEC made sure this was addressed before time.

“So long as the polling units open eventually, everybody is entitled to vote.

“We have close to 57000 voting points, definitely there would be hiccups but I assure that we are going to address these challenges soon. I also appeal to our people to please be entitled to their choice. Nobody is permitted to compel anyone to vote at polling units.”