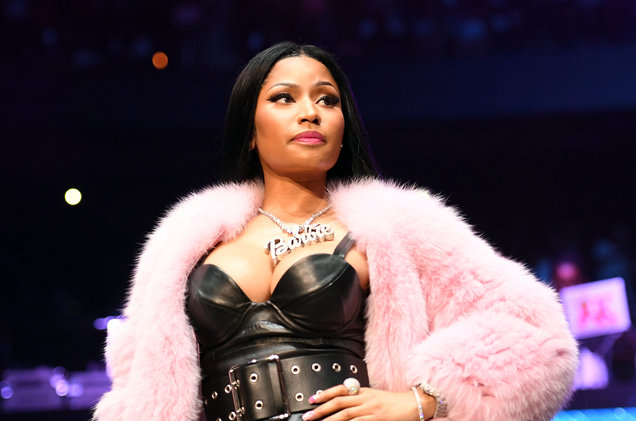 Nicki Minaj has been all over our digital screens, from awards shows to Instagram posts with her latest boo thing. But what fans have really been wondering is, where is the music? In a recent interview, Nicki revealed that the wait is almost over, and is going to be well worth it when her new music drops.

Speaking with Dazed, Nicki explained that the next chapter of her career was going to bigger, better, and even more impactful than when she dropped her mega-hit, “Anaconda” in 2014. “This era will be a billion times more epic than anything ‘Anaconda’ could have delivered,” she stated. “I think this era will definitely be the most memorable and the most impactful of my career yet.” As we all know, “Anaconda” had a huge impact on pop culture. Not only did it reign over the charts for weeks, but it also dominated memes, GIFs, and skits on TV and online. So if this chapter is planning to take her career to the next level, this is going to be huge.

As for more details on the new era, Minaj was less direct. “I can’t say if I’m 50 percent, 80 percent or 10 percent done, because I don’t know,” she said. “Tomorrow, I might walk into the studio and decide that I don’t like anything I’ve done in the last six months. Or tomorrow I might walk in and feel like the whole album is done. There’s so much beauty in not knowing.”

In the meantime, Nicki has been riding the wave of her success on tracks like “Rake It Up” with Yo Gotti. And she even has a new collaboration with Young Thug coming soon. “I can’t wait for people to hear that collaboration,” she said. So we’ll just have to keep our eyes and ears open for what’s next.

This story was originally published by Vibe.