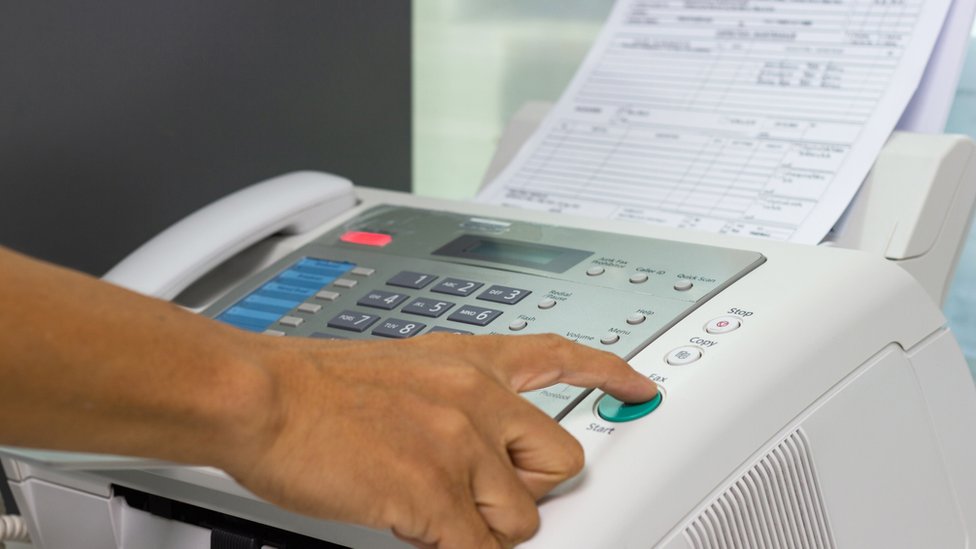 The NHS will be banned from buying fax machines from next month – and has been told by the government to phase out the machines entirely by 31 March 2020.

In July, the Royal College of Surgeons revealed nearly 9,000 fax machines were in use across the NHS in England.

The Department of Health said a change to more modern communication methods was needed to improve patient safety and cyber security.

An RCS spokesman said they supported the government’s decision.

In place of fax machines, the Department of Health said secure email should be used.

Richard Kerr, who is the chair of the RCS’s commission on the future of surgery, said the continued use of the outdated technology by the NHS was “absurd”.

He added it was “crucial” that the health service invested in “better ways of communicating the vast amount of patient information that is going to be generated” in the future.

The group’s report from earlier this year found the use of fax machines was most common at the Newcastle upon Tyne NHS Trust, which still relied on 603 machines.

Three-quarters of the trusts in England replied to the survey – 95 in total. Ten trusts said that they did not own any fax machines, but four in ten reported more than 100 in use.