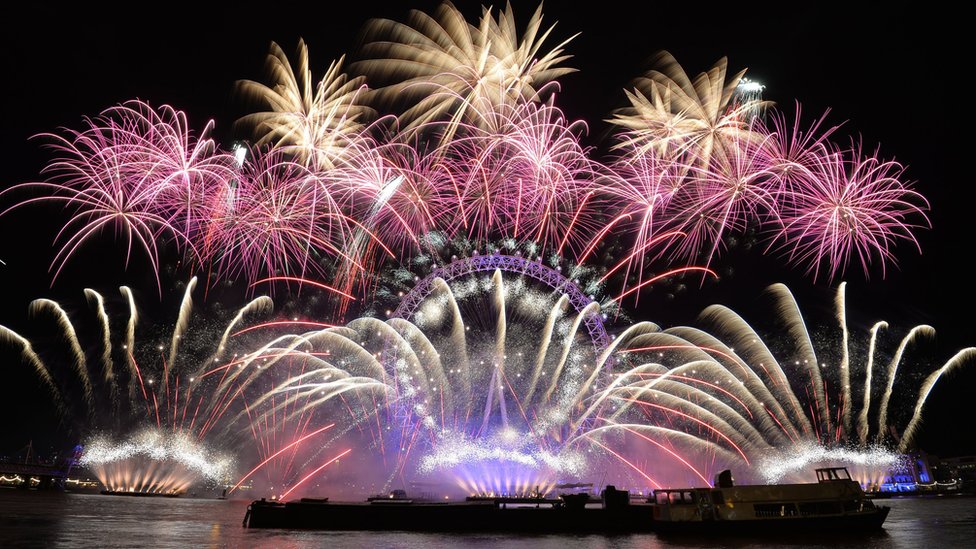 The UK is gearing up to welcome in the New Year as the countdown to 2019 begins.

Fireworks will be going off on the stroke of midnight across the land as thousands celebrate.

In London, Big Ben will spring back into action with its customary bongs to mark the moment, as 100,000 people are expected on the banks of the Thames.

In Edinburgh, Franz Ferdinand will headline a concert for Hogmany, with 60,000 tickets sold.

Cardiff will see crowds gather in the city’s Winter Wonderland outside the Civic Centre for fireworks and music, while in Belfast, City Hall will be illuminated in a raft of colours for the event.

London’s sold-out party will celebrate the capital’s bond with Europe, according to the city’s mayor.

Sadiq Khan said the event would send a message of support to the more than one million European citizens living in London.

Scotland’s Hogmanay events have already kicked off with pipe, drum and dance bands leading the annual Torchlight Procession through Edinburgh.

Aberdeen, Inverness and Stirling are among the other places throwing big New Year shindigs.

Meanwhile, cities around the world have already been enjoying sparkling events for the start of 2019.

Islands in the Pacific were the first to mark the occasion, ahead of New Zealand and then Australia – where a massive fireworks display lit up Sydney Harbour Bridge for spectators on boats.

And the midnight mark has continued to work its way around the world, with celebrations in both North and South Korea, Hong Kong, Thailand, Russia and India.