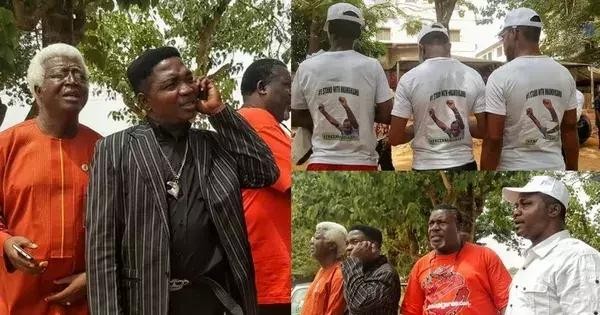 The Nigerian Bar Association on Monday demanded the immediate release of the immediate-past National Security Adviser, Col. Sambo Dasuki (rtd), and the leader of the Islamic Movement of Nigeria, Sheik Ibrahim El-Zakzakky.

Both men have been in the custody of the Department of State Service since December 2015 despite various court orders directing the Service and the Federal Government to release them.

The NBA, whose President, Mr. Abubakar Mahmoud (SAN), addressed journalists in Abuja, said the continued detention of Dasuki and El-Zakzakky was unjustifiable.

He said, “The NBA wishes to use this opportunity to call on the Federal Government to continually demonstrate religious adherence to the tenets of constitutional democracy. In this regard the NBA is appalled at the continued detention of certain individuals in blatant disobedience to court orders.

“Amongst these individuals are Sheik Ibrahim El-Zakzaky and his wife and also Colonel Sambo Dasuki, the former national security adviser. Whilst we recognise the serious the charges on which these individuals are held, we nevertheless view their continued detention as unjustified and contrary to the express court orders.

“We call on the government to without further delay respect these orders.”