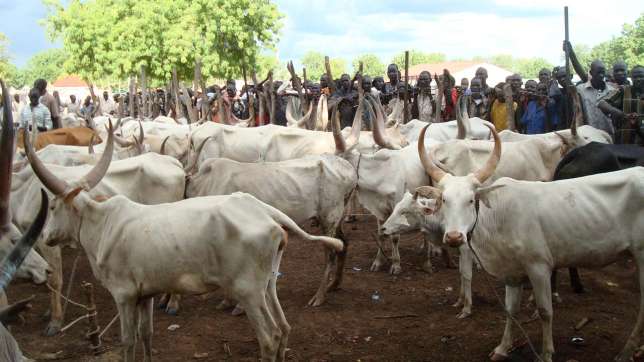 MACBAN’s state chairman, Mohammed Hussaini, who made the call in an interview with newsmen on Saturday, said measure would bring the situation under control.

The Miyetti Allah Cattle Breeders Association of Nigeria (MACBAN), Nasarawa State Chapter, have called for the deployment of military to border towns between Nasarawa and Benue, to curtail the incessant attacks on the area.

MACBAN’s state chairman, Mohammed Hussaini, who made the call in an interview with newsmen on Saturday, said measure would bring the situation under control.

He attributed the spill over of the attacks and killings in border towns to the anti open grazing law being enforced by the Benue Government.

“Since this thing started, we have been under attacks by armed militia groups, in which lots of our people were killed, some are still missing.

“A lot of cows belonging to our members were killed and many other rustled in some of these attacks.

“The lives of our members are also being threatened in all the border towns; so the federal government should come to our aid by deploying the military to the affected areas,” he said.

Hussaini said the security agencies should investigate and arrest the criminal elements responsible for the attacks and bring them to justice.

He noted that there were criminal elements in every tribe, and cautioned against the quick generalization tribes when a crime was committed.

“A criminal is a criminal whether he or she is Igbo, Hausa, Eggon or Fulani, but why generalize the Fulanis when some of them commit any crime?” he asked.

He blamed the media for its antagonistic reports on Fulanis, saying “these are some of the factors that fuel crisis”.

The Chairman commended the Nasarawa state government and heads of security agencies in the state for the proactive steps they took in handling security matters.