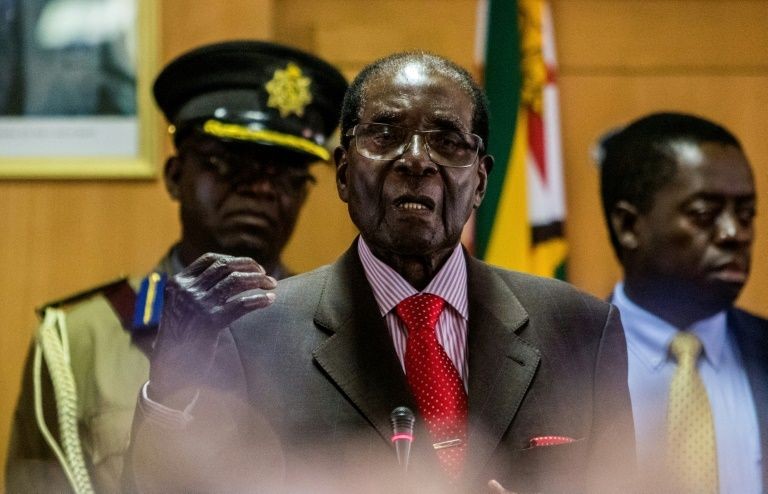 Zimbabwean President Robert Mugabe on Friday launched a nationwide 10-venue speaking tour aimed at drumming up support ahead of elections next year when he plans to seek office again.

The 93-year-old leader, who appeared in better health than at some recent public appearances, spoke for an hour and a half at a rally outside Harare attended by several thousand ZANU-PF supporters.

The ruling ZANU-PF party is widely seen as divided over Mugabe’s successor, while opposition parties are in talks to unite to try to oust him in the election.

“We want our party to remain united and not divided. If you are a real ZANU-PF member, be true to your party,” Mugabe said at the rally in Marondera.

He urged those seeking to succeed him to “be at peace”.

“The time will come,” he said. “It’s certainly coming.”

ZANU-PF officials say Mugabe is focusing on youth issues at the series of “interface rallies” in each of Zimbabwe’s 10 provinces.

Mugabe has slurred his words in interviews this year and struggled to walk in public, but he stood up throughout his long speech on Friday.

He wore a jacket in the party colours and arrived at the open-air venue standing on the back of a police truck and waving at cheering supporters.

“President Robert Mugabe is our sole candidate for 2018. We declare you our life president,” Kelvin Mutsvairo, a provincial youth party leader, said in his speech.

A banner at the rally called Mugabe “the father of youth empowerment” and urged young people to register to vote in the elections.

Mugabe has ruled since independence in 1980, and ZANU-PF are often accused of election rigging and voter intimidation.