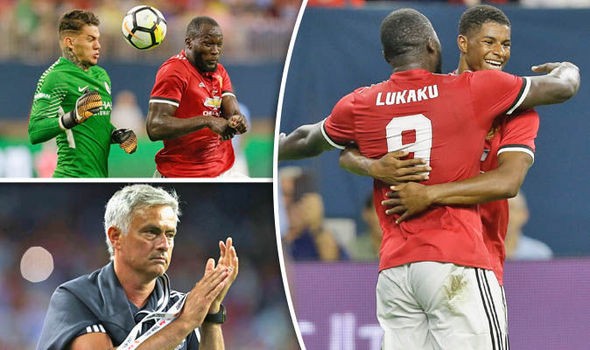 Juan Mata proved the difference maker in Man United’s final preseason game of the summer vs. a stingy Sampdoria side.

Matic started for the Red Devils in their 2-1 friendly win over Sampdoria in Dublin following his £40 million switch from Premier League champions Chelsea.

“He needs time but [his] experience, intelligence, a genius in the way he thinks — he thinks football,” Mourinho said. “We will help him to be ready sooner rather than later.”

Substitute Juan Mata got the winner with 10 minutes left, coolly side-footing in from the edge of the penalty area.

And Mourinho said his club had done a “fantastic job” delivering three of his desired four summer transfers.

He added: “To get three out of four I thank the club for that, I will be happier if they get me four of four but they did a great effort for me.”

After the game, Mourinho also described the two-game ban handed to Phil Jones for a breach of UEFA’s anti-doping regulations as “very unfair”.

Jones will miss the UEFA Super Cup against Real Madrid next week and United’s first Champions League game after the defender was found guilty of “directing insulting and directing abusive language” towards a doping control officer following the Europa League final. 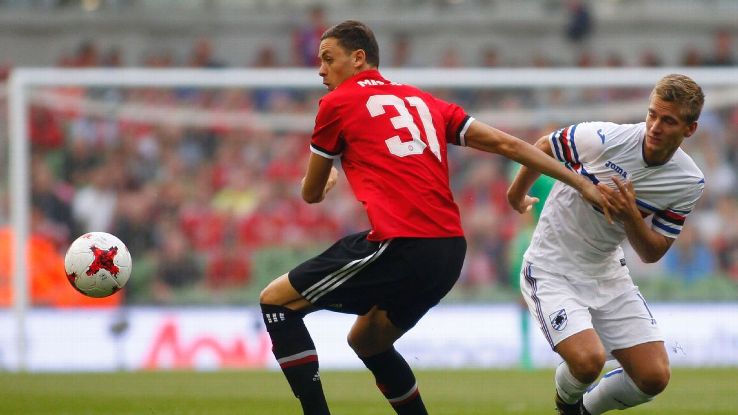 Mourinho, though, insists he sympathises with the England international and accused UEFA of failing to show common sense.

He said: “Well, put yourself in his position.

“He wins a European cup, he wants to celebrate with his team, he wants to get the cup, the medal, he wants to be in the pictures, and one doctor wants to close him in a small room because of the doping control.

“I think it’s very hard to control a player in this situation and UEFA should take that into consideration.”

Sources have told ESPN FC Jones was incensed after being told he could not pose with the rest of the squad with a Manchester tribute banner after the final whistle at the Friends Arena in Stockholm, after being directed to report straight to UEFA’s testing room.

Daley Blind was in the picture but received a £4,450 fine for failing to immediately submit for testing.

United are still considering appealing Jones’ ban and have until Thursday to lodge their representations with Europe’s governing body.

Mourinho added: “It’s not a normal match, it’s a final and I think it would be easier for the doping control committee to have someone at the pitch with him to see there is nothing wrong with him, just a human desire to celebrate.

“So I think they should take that into consideration and it’s a problem for us in terms of football but even more than that I don’t think it’s fair and any one of us in the same situation would react negatively.

“I would appeal if I was him. I would because I think it’s quite unfair but when you do that you have the risk of more punishment. I don’t know, it’s a decision I leave with him.”

Information from Press Association Sport was used in this story.