Mother of Boko Haram leader, Abubakar Shekau speaks, says she doesn’t know whether he is alive or dead 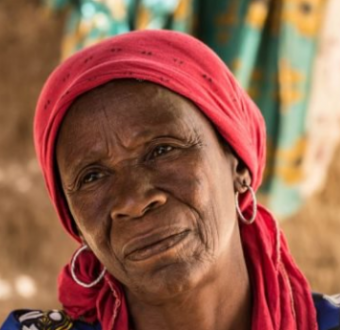 Mother of Boko Haram leader, Abubakar Shekau speaks, says she doesn’t know whether he is alive or dead

Boko Haram leader, Shekau’s mother speaks: Everyone knows a mother’s love for her son, but…
…says he was an almajiri on the streets of Maiduguri Mrs Falmata Abubakar, the mother of Boko Haram leader, Abubakar Shekau, has told newsmen “I did not set my eyes on him since he came into contact with Mohammed Yusuf. “I know he is my son, and everyone knows a mother’s love for her son, but our attitude to life is different.” She spoke with the Hausa Service of the Voice of America, VOA, in the village of Shekau, Yobe State, in what appears to be her first media interview. In a report published yesterday, VOA said elders and leader of the village took its team to the woman. The report also said Mr Shekau’s late father was the Imam of the village Mosque before his death. Mrs Abubakar said she had no idea where her son was. She said: “I don’t know whether he is dead or alive, only God knows. I have not seen him in the last 15 years.” Residents of the village said they always hid the identity of their village for fear of being associated with the Boko Haram leader. Mr Shekau is notorious for his leadership of the deadly group responsible for the deaths of tens of thousands of people in Nigeria, Cameroon, Chad and Niger. He has personally carried out the execution of several people, including members of the sect he leads. He has also carried out many raids leading to death and destruction of many towns and villages across the north eastern part of Nigeria. His mother said Mr Shekau left the village for Maiduguri, the Borno State capital as a young boy in search of Islamic knowledge. She said he was an “almajiri boy” who walks around the streets of Maiduguri looking for food. She said it was in the course of seeking Islamic knowledge that her son came into contact with the founder of Boko Haram, Mohammed Yusuf. She said the late Boko Haram leader was the one who indoctrinated her son. She also said: “He has put so many people in serious difficulty; I pray that God guides him right.” She added that she will not curse her son, saying “he has chosen a path different from the one we put him; only God knows what he has become.”
Share
Facebook
Twitter
WhatsApp
Pinterest
Linkedin
ReddIt
Email
Print
Tumblr
Telegram
Mix
VK
Digg
LINE
Viber
Naver
Previous articleAbia Electoral Commission under lock over unpaid rent
Next articleThis photo of Brazilians paying homage to Ooni Of Ife will make you fall in love with culture