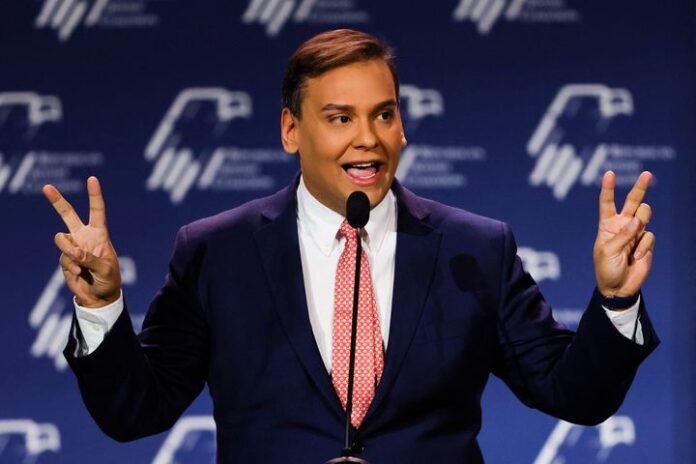 Rep.-elect George Santos (R-N.Y.) fabricated other elements of his life story over the years in what appeared to be a pattern of telling elaborate lies during his two congressional campaigns, according to new reporting from CNN.

The New York Republican is under fire and under investigation by Long Island prosecutors after he admitted on Monday that — unlike he previously claimed — he is not Jewish, did not graduate from college and did not work at Citigroup and Goldman Sachs.

In a report published Wednesday, CNN’s KFile listed additional instances of Santos making false claims about his background and identity, including using a “Jewish” alias to fundraise for a pet charity and claiming he went to a prestigious New York prep school that has no record of him ever being a student.

Santos’ campaign did not immediately return requests for comment.

In 2015, he reportedly used the name Anthony Zabrovsky to operate a GoFundMe campaign for a pet charity. That page no longer exists.

“We don’t carry the Ukrainian last name, for a lot of people who are descendants of World War II refuges or survivors of the Holocaust, a lot of names or paperwork were changed in the name of survival,” he told the network.

However, according to CNN, which enlisted a genealogist to analyze Santos’ family tree, there’s no indication Santos has any Jewish or Ukrainian heritage or that his family members changed their names along the way.

In another interview, his said his mom was a white immigrant from Belgium. His mother was born in Brazil, where her family has lived since the late 1800s, CNN reported.

He also appears to have told additional lies about his schooling.

In a campaign biography from Santos’ unsuccessful 2019 congressional run, he claimed he “began Horace Mann preparatory school in the Bronx, however, did not graduate from Horace Mann due to financial difficulties for his family.”

However, a spokesperson for the school told CNN it had no records of Santos ever attending.

Separate to CNN’s report, Santos also appears to have told varying stories about how and when his mother died. In July 2021, he tweeted that “9/11 claimed my mothers life.” Five months later, he said that “December 23rd marks 5 years I lost my best friend and mentor. Mom you will live forever in my heart.

Also read: Women Who Identifies As A Wolf Catches Predators For A Living.

On his campaign website, he says his mother was in the South Tower on September 11, 2001, but survived the terrorist attacks and “passed away a few years later when she lost her battle to cancer.” His mom, Fatima Devolder, appears to have died more than 15 years later on Dec. 23, 2016.