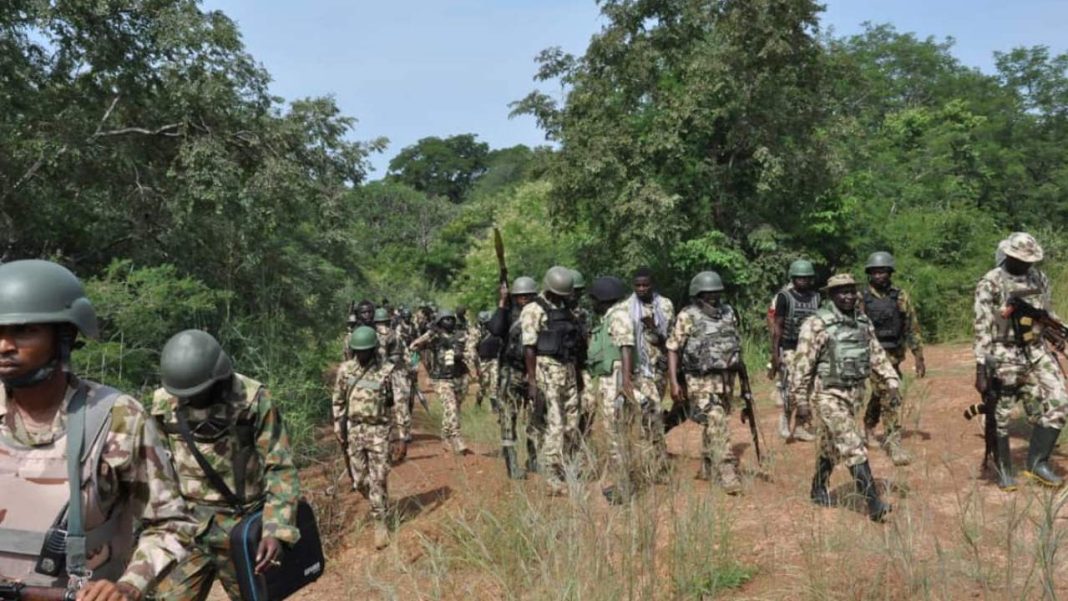 Reports indicate that armed military operatives have engaged some notorious bandits in a fire-for-fire shootout around Sokoto – Zamfara expressway.

DAILY POST gathered that the battlefield was very close to the spot where over 50 members of the GSM communication Union were abducted last week Saturday.

It was also learnt that the troops succeeded in arresting some of the bandits while others escaped with possible gunshot injuries to the nearby forests.

Recall that the bandits had on Saturday evening kidnapped over 50 members of the GSM Communication Union in Zamfara when they were returning from a marriage ceremony of one of their colleagues in Sokoto.

Leaders of the Union had told newsmen at the press centre in Gusau, that the vehicle conveying their members developed a fault and they parked to solve the problem before the bandits swooped in and marched them into the forest.