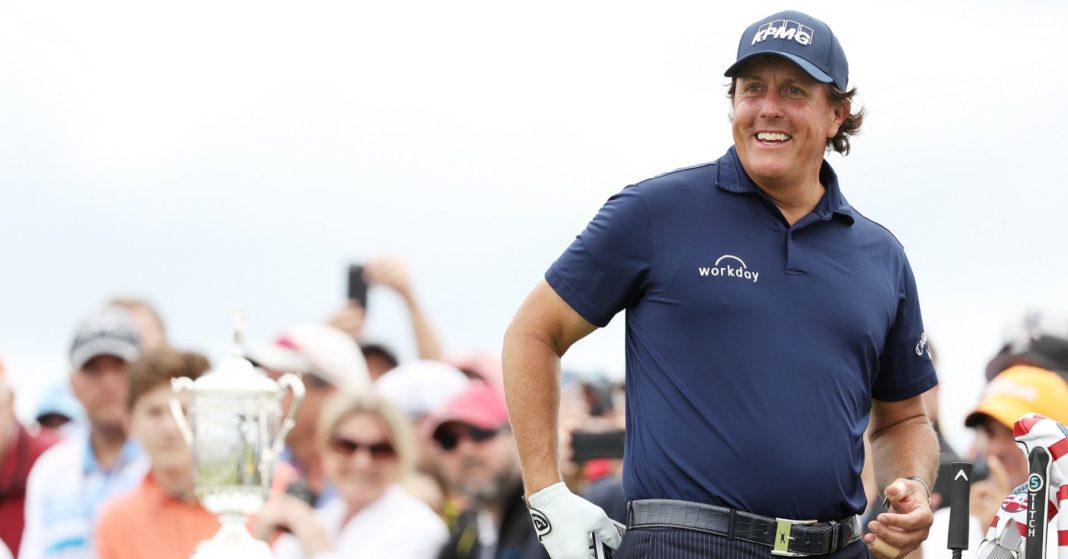 Phil Mickelson overcame Tiger Woods in their $9 million match in Las Vegas on Friday, in what was seen as a test for golf’s pay-per-view potential.

Mickelson won it in overtime on the 22nd hole under floodlights, making a four-foot birdie putt on a specially set up 93-yard, par three.

“Just know I will never let you live that down. It’s not the Masters or the U.S. Open, but it is nice to have a little something on you,” Mickelson said to Woods afterwards, claiming the $9 million winner-takes-all prize.

Woods responded by saying he enjoyed the match despite losing.

“You couldn’t have made this event any better than it was,” he said. “It was back and forth and very competitive on a golf course that was playing on the tricky side.”

The match at Shadow Creek Golf Club was billed as golf’s first pay-per-view broadcast but ended up free for many viewers because of technical problems. Some viewers were unable to view it on their televisions after paying $19.95, according to The Associated Press.

Turner and Bleacher Report representatives sent out links on social media allowing people to view it for free on their computers and mobile devices. There were over 500 people on hold online waiting for assistance during one point.

“We experienced some technical issues on B/R Live that temporarily impacted user access to The Match. We’ve taken a number of steps to resolve the matter, with our main priority being the delivery of content to those that have purchased the PPV event,” Turner spokeswoman Tareia Williams said in an emailed statement to AP.

Golf is attempting to engage with a new younger audience as are several other sports, including Formula One and tennis, in adapting formats across an advancing digital landscape. The match on Friday included betting odds being displayed on the screen to tempt viewers into wagering. No members of the public were admitted to watch from the fairways and greens, and both players and their caddies wore microphones on the course.

“This is very different than anything golf has ever done in the past,” Woods said earlier this week in the buildup to the event. “We’re able to showcase our sport in such a different light and all the different technologies we’re going to be bringing to this event and to do it differently than any other golfing event has ever been done.”

Woods has 14 major titles, while Mickelson has five, including three Green Jackets from The Masters. Both players still have large profiles within the sport, despite not currently featuring among golf’s top 10 ranked male players.