Michael Cohen: Trump said ‘black people are too stupid to vote for me’ 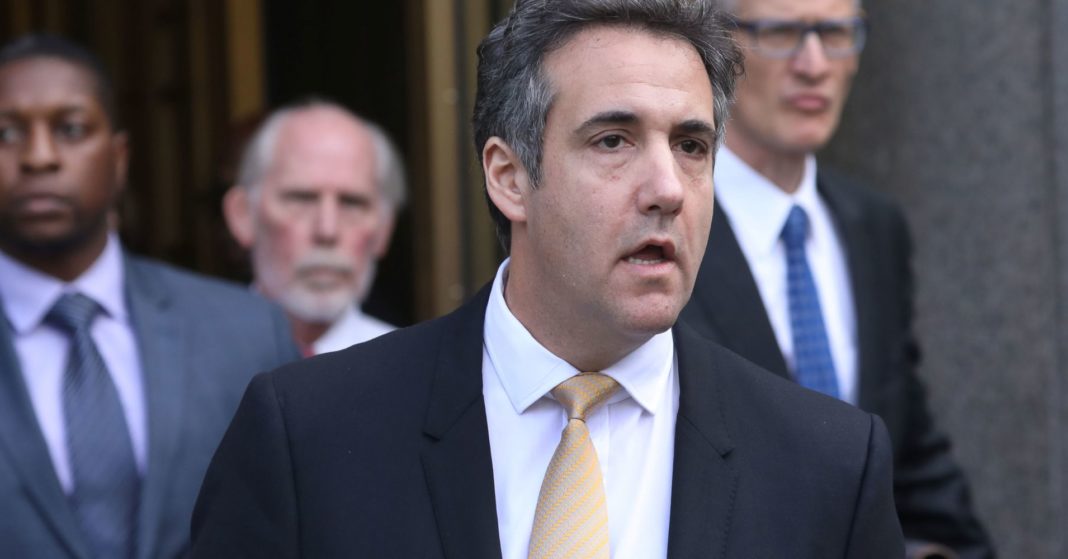 President Donald Trump once said, “Black people are too stupid to vote for me” and suggested that all countries run by blacks are “s—holes,” Trump’s former lawyer Michael Cohen says in a new bombshell interview.

Also in the Vanity Fair interview, Cohen said he once was traveling to Chicago with Trump in the late 2000s, “we drove through what looked like a rougher neighborhood.”

“Trump made a comment to me, saying that only the blacks could live like this,” Cohen recalled in the article, entitled “Michael Cohen says Trump Repeatedly Used Racist Language Before His Presidency.”

And Cohen said that when he and Trump once talked about the first season of Trump’s reality show “The Apprentice,” the president was “explaining his back-and-forth about not picking” Kwame Jackson, a black investment manager as the winner.

“There’s no way I can let this black f-g win,” Trump said, according to Cohen’s account.

Trump, for his part, has made a point of claiming he has been reaching out to black voters. Last month, he hosted entrepreneur and music star Kanye West and football hall-of-famer Jim Brown at the White House. During that visit, West rejected the notion that Trump, who has a history of making incendiary comments about race, doesn’t deserve the support of minorities.

“A liberal would try to control a black person through the concept of racism, because we know we’re very proud emotional people,” West said. “So when I said I like Trump to like someone who is liberal, they’ll say, ‘Oh, but he’s racist.’ You think racism can control me? Oh, that don’t stop me. That’s an invisible wall.”

West has since said he is distancing himself from politics.

Cohen has said Trump instructed him to make that payment to Daniels, who was considering going public with her claims of having had an affair with Trump a decade earlier.

Cohen, who had been Trump’s personal lawyer for years, has fallen out with the president and now is cooperating with prosecutors in investigations involving Trump as he awaits sentencing.

The White House has denied the president had sex with Daniels, as she claims, months after first lady Melania Trump gave birth to their son.

Trump, a day after Cohen pleaded guilty, tweeted a shot at him: “If anyone is looking for a good lawyer, I would strongly suggest that you don’t retain the services of Michael Cohen!”

Vanity Fair’s story said Cohen was speaking out because he “wants to clear his conscience and warn voters about what he sees as the president’s true nature in advance of the midterm election.”

The article says that “Cohen recalled a discussion at Trump Tower, following the then-candidate’s return from a campaign rally during the 2016 election cycle.”

Cohen said, “I told Trump that the rally looked vanilla on television,” a reference to the overwhelming number of white people.

“Trump responded, ‘That’s because black people are too stupid to vote for me,'” according to Cohen in the article.

Several years before, when talking about the death of South African leader Nelson Mandela, Trump said to Cohen, “Name one country run by a black person that’s not a s–hole,’ and then he added, ‘Name one city,'” Cohen recalled.

The White House denied the president used such language at the time.