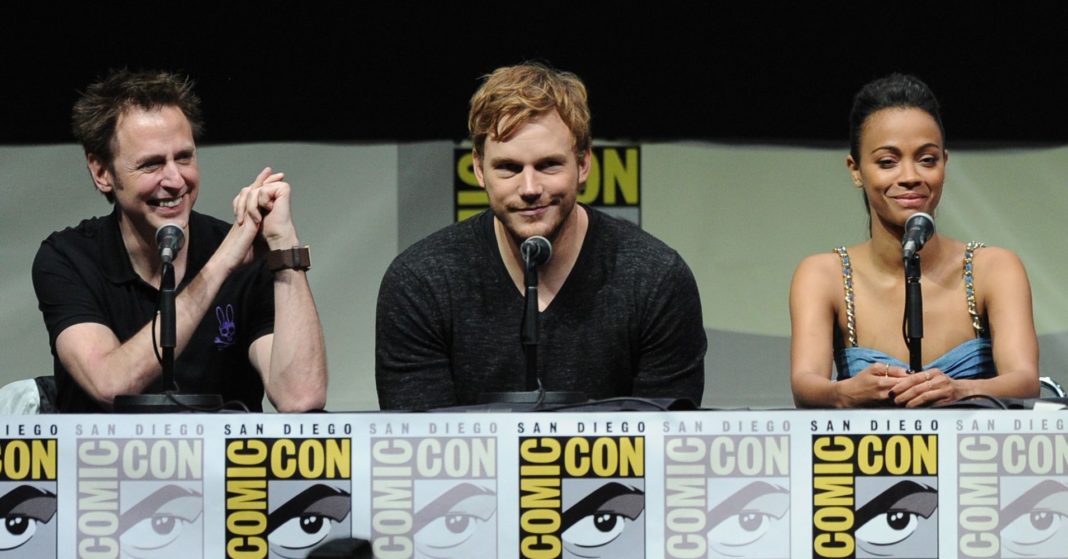 A risk-taking approach from Disney’s Marvel Studios has racked up some big wins, most recently, multiple Oscars for “Black Panther,” but its decision to use the script of fired “Guardians of the Galaxy” director James Gunn for the third installment of the trilogy takes Marvel and its parent company back into the tricky waters of social controversy.

Gunn was fired last summer for jokes he made on Twitter years prior to becoming the face of the “Guardians” franchise — he had made jokes involving sexual abuse and children. Gunn also made highly politicized comments on his social media — it was conservative social media users who brought Gunn’s insensitive tweets to light. But in a recent interview addressing Gunn’s influence on the future of the Marvel Cinematic Universe, Marvel Studios president Kevin Feige confirmed that “Guardians of the Galaxy: Volume Three” will in fact use the script that Gunn wrote.

“His influence was Guardians… It was his input on Guardians and the ‘Avengers’ films, as you’ve seen in ‘Infinity War,’ and on the Guardians 3 script, which we’re still using. So you’ll see that influence.”

Although the franchise has an all-star cast which consists of Chris Pratt, Zoe Saldana and Bradley Cooper, among others, it has been Gunn’s writing and vision that have defined what was a mostly second-tier list of Marvel characters, winning him approval from film critics.

Disney chairman Alan Horn reflected on the firing in a recent interview with The Hollywood Reporter, saying people need to be “careful” with what they post on social media. “I feel sad for some of the people ensnared in all of this. And sometimes I feel like, ‘Wow, what they said is so outrageous that it must have occurred to them that it would have repercussions.’ It’s a very open world now, and this stuff is a matter of record. The admonition is: Be careful.”

The repercussions did not extend to Marvel Studios’ main competitor at the box office, Warner Bros. and DC, which in October 2018 hired Gunn to write and direct a sequel to 2016’s “Suicide Squad” a supervillain team-up movie that consists of the Joker, Harley Quinn and other DC comic book antagonists. Despite winning an Oscar for Best Achievement in Makeup and Hair Styling and grossing over $746 million worldwide, “Suicide Squad” has often been criticized for its underwhelming plot and mixed tone, scoring a 27 percent on Rotten Tomatoes film critics’ “Tomatometer” — audiences were kinder, giving the movie a score of 60 percent. Gunn will look to bring his “Guardian’s” charm to his “Suicide Squad” narrative, releasing in 2021.

“I think it’s an incredibly brave and smart move by the studio. James is the right man for the job,” tweeted David Ayer, the director of of the first “Suicide Squad” film.

Warner Bros. and DC’s decision to scoop up Gunn points to a problem the Guardians franchise continues to have even with the script confirmed — the lack of a replacement director.

“Certainly, relying on the Gunn script merely exposes their rash decision to fire him in the first place,” said Kia Afra, a professor of film at Chapman University. “Gunn’s Guardians 3 script was part of launching a new phase for the MCU (Marvel Cinematic Universe), such that it tied into ‘Avengers: Infinity War’ and ‘Avengers: Endgame,’ which feature the Guardians characters. They simply cannot get rid of Gunn’s script because it is very much part of the fabric of the new MCU.”

At a recent “Captain Marvel” press event, Feige said there is still no release date for the third installment, and emphasized Marvel’s prioritization of other projects first. Leading man Chris Pratt has promised that fans will eventually see the space team back in action. “I promise there’ll be a third movie, I don’t know exactly what that’s going to look like, but I know everyone on board is just eager to give the fans what they want and wrap up a trilogy in a meaningful way,” Pratt said in a recent interview with Variety.

“Look at ‘Bohemian Rhapsody.’ In spite of Bryan Singer’s involvement, it opened with $51 million and grossed $213 million domestically,” Bible said, referring to the fired director Bryan Singer who has faced allegations — which he denies — of sexual misconduct.

“Another example is Best Picture winner ‘Green Book.'” It faced multiple waves of backlash and controversy — its director’s on-set behavior was questioned and the family of the film’s subject objected to the on-screen portrayal — yet still managed to gross $69.6 million domestically and land the biggest Oscar.

Shawn Robbins, a chief analyst for Box Office.com said a “Guardians” movie without Gunn could be a financial disappointment, or all the right people and decisions could fall into place and the third installment continue the franchise’s box office winning streak. The point is that Gunn’s absence as director will sustain a level of uncertainty about the project that otherwise would not have existed.

“There’s probably a stronger argument to expect a box office decline without his involvement if the change in creative vision doesn’t mesh and results in a final product that isn’t as crowd-pleasing as the first two films,” Robbins said. “When someone buys a ticket to a Guardians movie right now, they have a specific expectation of what they’re going to get. That’s the risk Disney will be taking without Gunn in the director’s chair.”

One of the fan favorites to take over Gunn’s directing duties is Taika Waititi, who directed another Marvel sci-fi epic: 2017’s “Thor: Ragnarok.” Although the film grossed over $850 million worldwide and he has been in talks to direct another Marvel movie, Waititi has emphasized that the Guardians movies have James Gunn’s “stamp” all over them and that he has no intent to direct the third film in the trilogy.

Variety reported last summer that, in addition to Waititi, speculation has swirled around “Iron Man” director Jon Favreau, and Anthony and Joe Russo, who have directed an array of Marvel films, including this year’s “Avengers: Endgame.”

“The obvious choice to take over as director would be the Russo brothers, who are already at the helm of the Avengers franchise and know this material better than anyone else besides Gunn himself,” Afra said. “The only issue here would be fitting the production into their busy schedule and overcoming whatever reservations Marvel may have about betting the entire house on one team. Typically, a studio would not be so bold.”

Share
Facebook
Twitter
WhatsApp
Pinterest
Linkedin
ReddIt
Email
Print
Tumblr
Telegram
Mix
VK
Digg
LINE
Viber
Naver
Previous articleAt a health conference, attendees got some unusual swag: Glucometers to monitor their blood sugar
Next articleHow to use Microsoft’s tool that lets you take a picture of a spreadsheet and import it into Excel