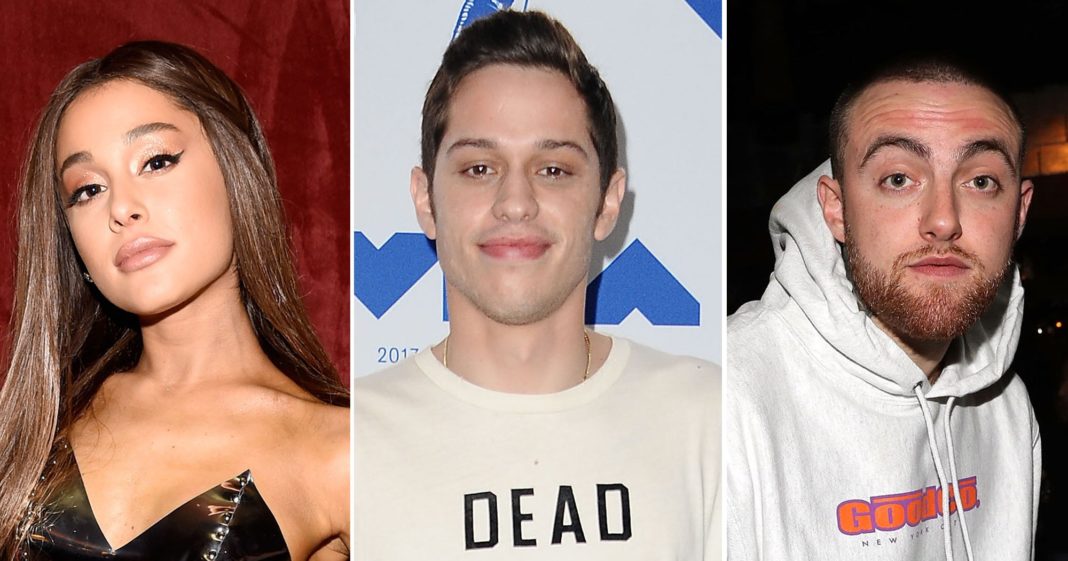 Ariana Grande says she’s “still healing” after her split from Pete Davidson and the death of her ex-boyfriend Mac Miller.

The “7 Rings” singer, 25, wrote about her tumultuous year in an Instagram post on Friday, March 1, as she rehearses for her new tour.

“mmmmk …. about to embark on my third tour and am for sure deep as f–k in my feelings. and getting my period so…. this is probably gonna be too much,” she captioned a black-and-white selfie. “But i just want to say how grateful i am for my life, for the people in it, for the ups and challenges, for the laughter and the pain, for this music and for the lifelong friendships i’ve made thru making it (that includes my friendship with y’all).”

“Maaaaaaaan… i cant really fathom all that has happened over the past few years,” continued the singer, who sought therapy and battled anxiety after a terrorist bombing at her May 2017 concert in Manchester, England, killed 22 people, including several children. “I don’t even really know where i’m going with this post but i’m just grateful to be here still. and excited to see you. i’m prolly gonna cry a lot.”

The Grammy nominee broke up with fiancé Davidson, 25, in October 2018 after a four-month engagement. The split from the Saturday Night Live star came a month after Miller died at the age of 26 from a drug overdose.

“A few months ago i told my team i wasn’t even in an okay enough place to tour or work at all and my friends, you guys and this music really saved my life and turned everything around,” admitted Grande, who released her fifth studio album, Thank U, Next, earlier this month.

Stars With Anxiety: Celebs Open Up About Their Struggles and the Methods That Help

“I’m still healing but i feel a lot lighter as of late and i think this is really going to be such a beautiful time,” she concluded. “Thank god we are doing this. i can’t imagine what else i’d do and i want you to know how thankful i am…… anyway. i’m gonna go focus on finishing this show for y’all and put my phone away for a little (how much u wanna bet i don’t last a day) so i don’t ruin all the surprises. thank you. for everything. i am so deeply and eternally grateful. life is wild. but your love and this music make it feel so sweet. love u.”