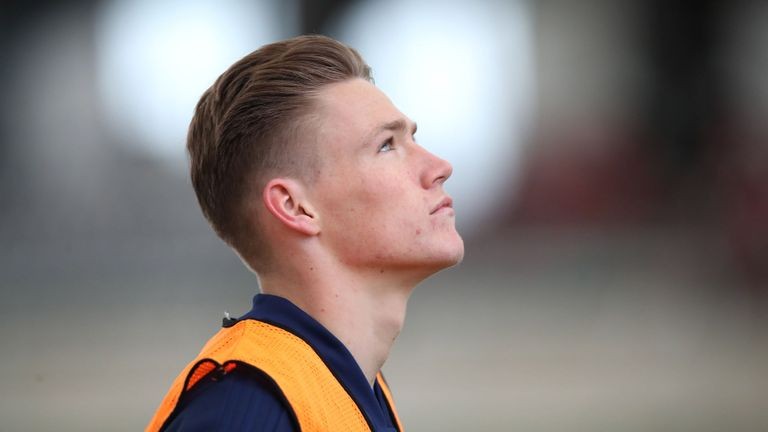 Manchester United midfielder Scott McTominay says he will be fulfilling a lifelong dream when he makes his debut for Scotland.

Though the 21-year-old was born in Lancaster, England, he announced his intention to declare for Scotland earlier this month following a meeting with Alex McLeish.

McTominay is in contention to make his international debut on Friday against Costa Rica, live on Sky Sports Football, and he says his family could not be prouder.

“I have to thank the boss, Alex McLeish, for giving me an opportunity to come with the squad and hopefully show people what I can do,” McTominay told the Scottish FA’s official website.

“My Dad’s obviously tremendously proud, as all my family are. It’s a tremendous honour to come away with the Scotland national team.

“It’s what you work for your whole life, to improve, do well and hopefully help the team. I’m really pleased.

“The manager travelled a long way to speak to me and I have to thank him for that.

“The conversation we had was relatively simple. I wanted to play for Scotland – and I always have done, since I was a young boy, so it was an incredibly proud moment when he did call me up.”