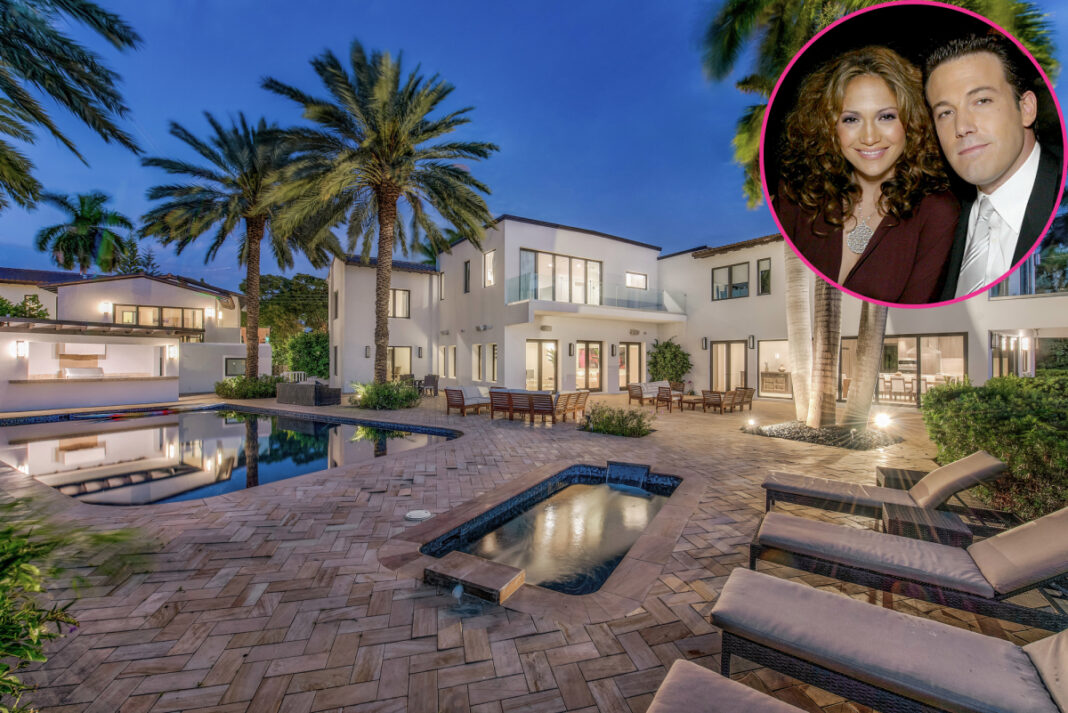 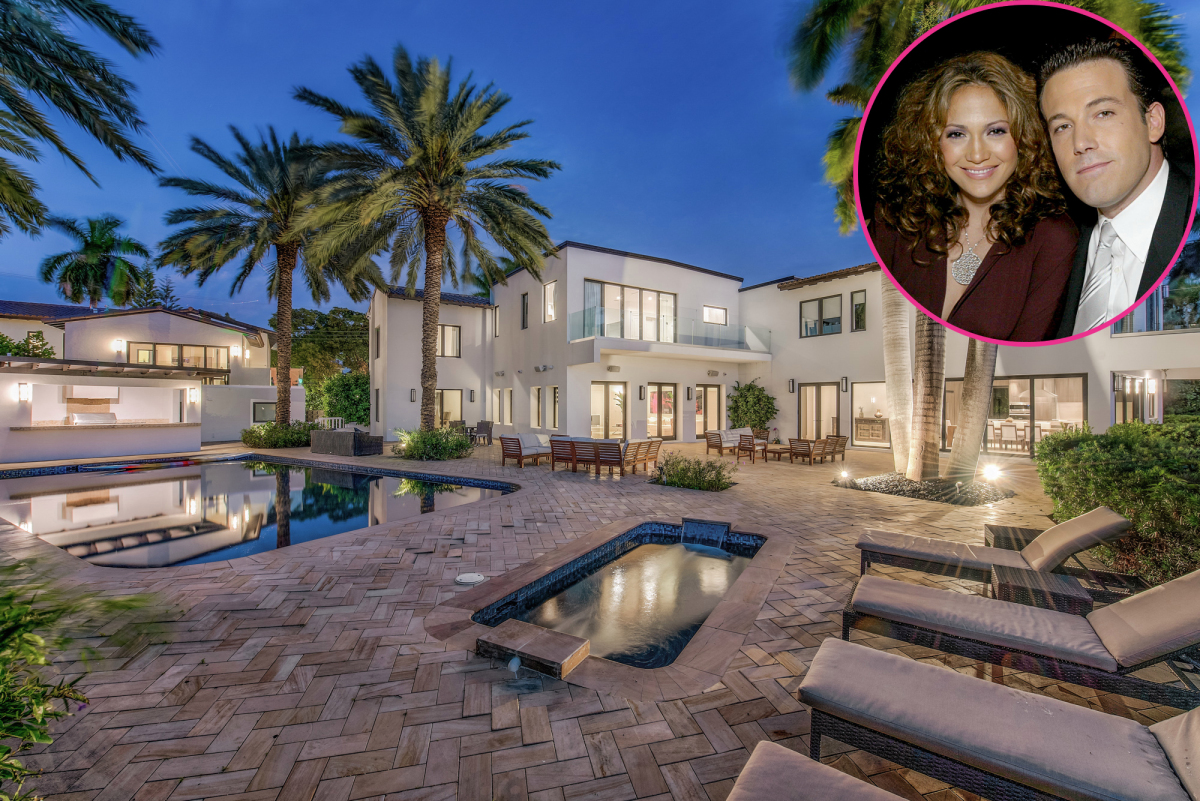 The couple, who first sparked reunion reports in April following Lopez’s split from Alex Rodriguez, spent time together in Florida since Saturday, May 21. Affleck, 48, was spotted arriving at the Miami airport with a small duffle bag on Saturday, one day before the pair were seen together in the city.

On Monday, May 24, Us Weekly confirmed that the lovebirds got in a sweat session at Anatomy Miami Beach. While in town, the duo stays together at an expansive waterfront residence that boasts gorgeous ocean views on its 27,000 square foot lot.

The 11-bedroom, the 12-bathroom estate is designer furnished and comes with three parking garages, a gym, master suite with a stunning balcony. Palm trees fill the backyard, which also features multiple seating areas for entertaining.

The exterior details match the luxurious interior, with a large pool, jacuzzi, spa dock, and boat lift. There is also a guest house and staff quarters on the premises.

A source exclusively told Us on Wednesday, May 26, that the Corcoran rental property will be available for the public to stay at the beginning of July 1.

The exes, who were engaged from 2002 to 2004, sparked romance speculation last month when the Argo director was spotted arriving at the Hustlers star’s Los Angeles home.

They then jetted off to Montana over Mother’s Day weekend for a private trip but were back in L.A. on the actual May holiday, which Lopez, 51, celebrated with her 13-year-old twins Max and Emme, whom she shares with ex-husband Marc Anthony.

“It was Ben’s idea to go to Montana, a place he absolutely loves, and they had a wonderful time there just snuggling up and being together without any pressure,” a source told Us at the time.

Affleck, for his part, gushed about his ex-wife, Jennifer Garner, on Mother’s Day, praising her for her work with their three children, Violet, 15, Seraphina, 12, and Samuel, 9.

Although the Massachusetts native and the “Jenny From the Block” singer split more than a decade ago, an insider told Us earlier this month that the two “have always remained close friends.” The source noted that the actor and the musician “both respect and trust each other” and are “very attracted to one another.”

Lopez got back in touch with Affleck after “it became apparent to her that things with Alex weren’t working anymore,” a second insider told Us, noting their “flirty phone calls and texts” didn’t begin until things were officially over between the Grammy nominee and the former MLB player, 45.

“As soon as [Jennifer] and Ben started talking again, it became obvious to both of them that the old magic and special connection was still there,” the source added. “Then when they met up again, all bets were off.”

Us confirmed on Wednesday that the Oscar winner and the Wedding Planner star are officially giving their romance another shot after a month of speculation about their relationship status.

“Jen and Ben are both pleased with each [other] and are excited to see where the relationship goes,” the insider told Us. “They are full-on dating and very happy together.”

Scroll down to go inside Affleck and Lopez’s luxurious rental home: 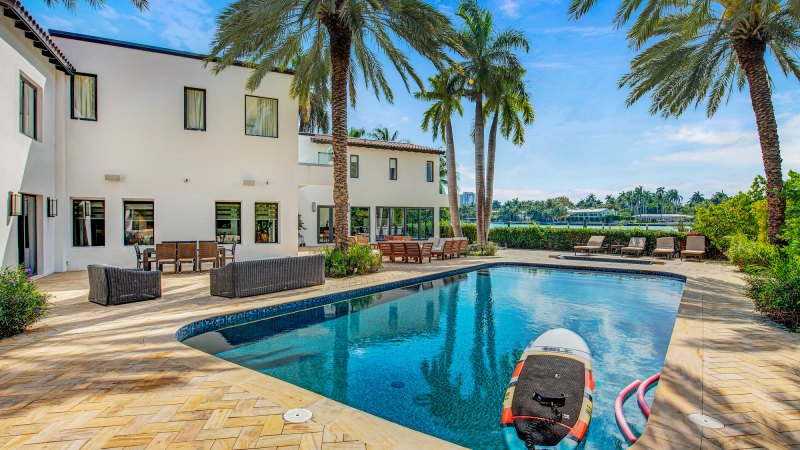 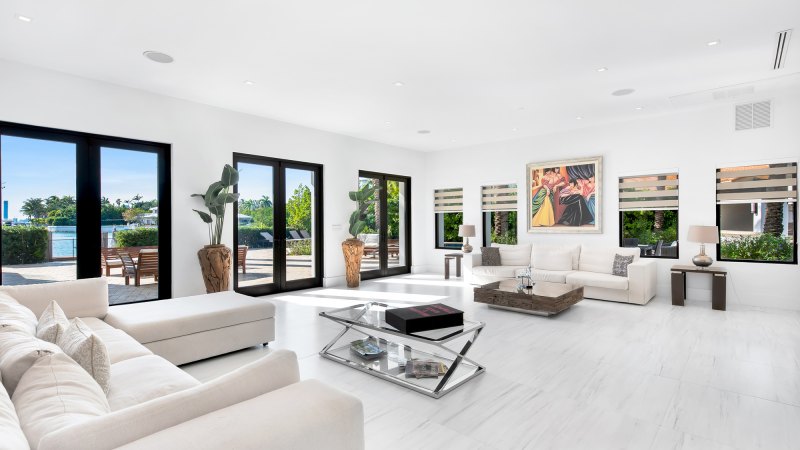 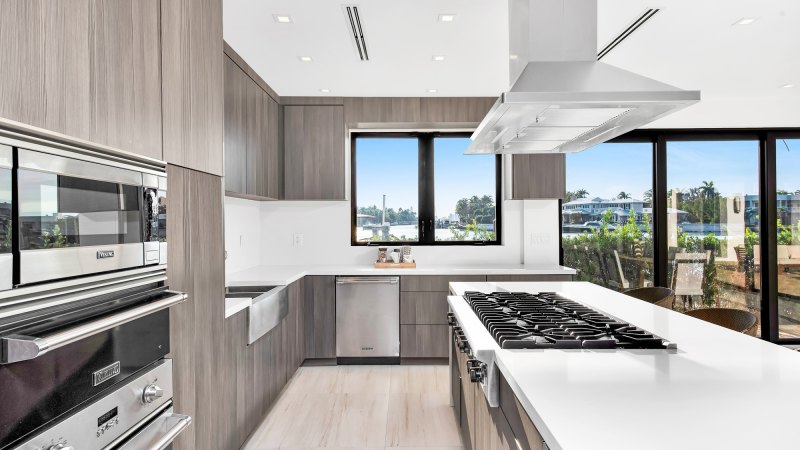 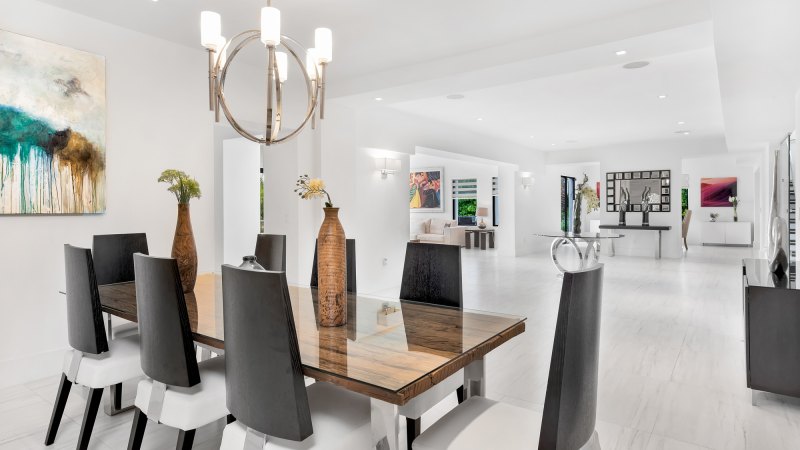 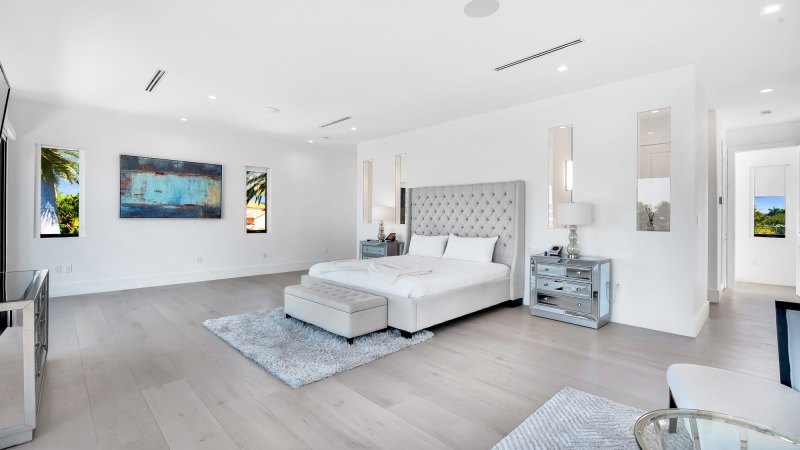 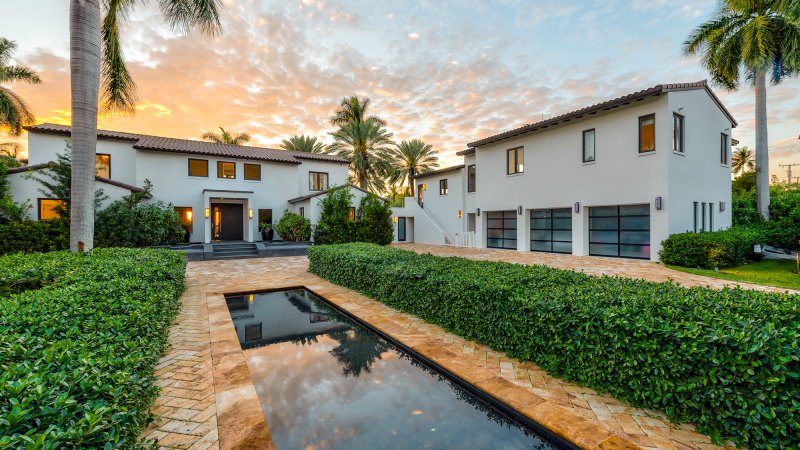 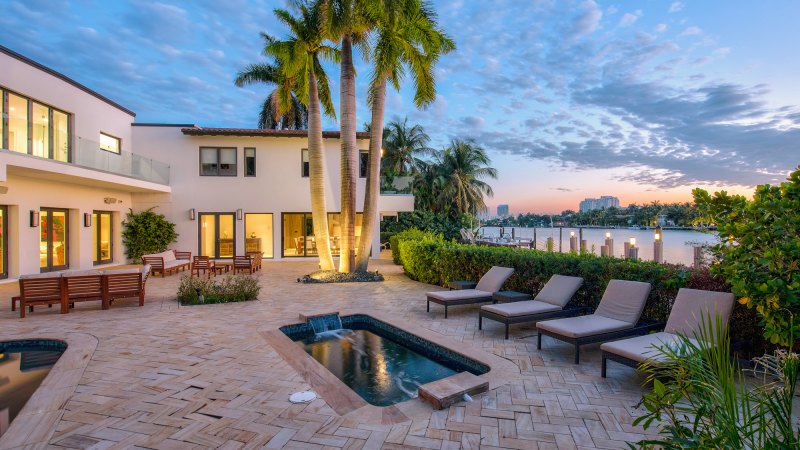 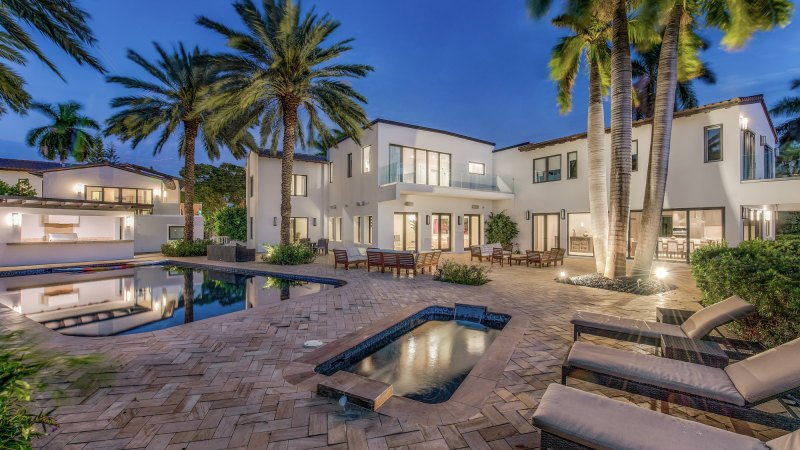