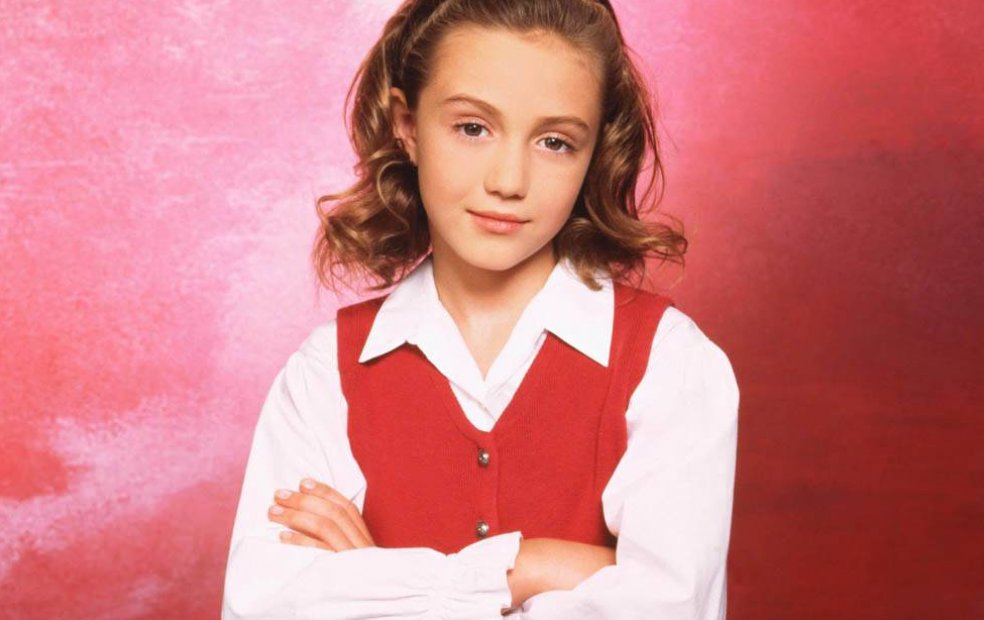 The Nanny debuted on CBS in 1993 and quickly became sitcom gold. With its catchy theme song, hilarious 90s fashion, and boasting the heaviest Queens accent ever to grace television, the show followed a quirky woman who, after losing her boyfriend and her bridal shop job, lands a gig taking care of the three children of a rich English widower. For six seasons, Madeline Zima played the youngest and smartest of the children, Grace Sheffield, but she doesn’t look back on her experience fondly.

In a 2013 interview with TheTVpage.com Zima revealed that making the show “wasn’t fun” for her, explaining that “there were other experiences on other sets where people treated me kindly … there were just kindness and a sensitivity that didn’t exist on the set of The Nanny. They treated me more like a prop than like a human being.” She added, “And it bums so many people out because they love the show. … But I would rather be honest. I have been diplomatic and neutral and politically correct long enough. I don’t have to do that s**t anymore.” Luckily for Zima, she wasn’t destined to become just another forgotten child star because she’s carved out a nice career herself.

During the filming of The Nanny, Zima starred in Curtis Hanson’s 1992 thriller The Hand That Rocks The Cradle — about a psychopathic nanny who terrorizes a woman and tries to steal her family. Zima then moved on from nanny-based content and made appearances in shows like Gilmore Girls, 7th Heaven, and Grey’s Anatomy. However, her most notable role to date came in the form of the scheming teenager, Mia Lewis, Showtime’s drama series, Californication.

Speaking to Out In Hollywood in 2008, Zima revealed she didn’t expect to get the role, “because [she’s] so different from the character,” she said. “I tricked everyone into believing I’m this sexy, destructive, ruthless person. It’s amazing that I pulled that off. I’ve always played the sweet girl-next-door character. It’s interesting to see the world through those kind of eyes for a little while.”

Although she was asked to do nudity and the show dealt in adult themes that only subscription premium cable can explore, Zima’s experience on the show was much different than her time on The Nanny. “Everyone on the show is wonderful. I’ve never worked on such an amazing group of people — so creative and open and not stuck in one way of doing things. It’s a wonderful blessing and a dream,” she explained.

Not much is known about Zima’s personal life, but she’s an active presence on Twitter where you can find her fangirling over Alexandria Ocasio-Cortez or wondering if her dog has dementia. She’s also active on Instagram, where she posts books she’s reading, breathtaking photos of her travels, and get-out-the-vote encouragement. In 2016, she filmed an emotional ad for California’s Yes on Proposition HHH, a ballot measure “designed to develop permanent supportive housing for homeless individuals and those at risk of homelessness throughout the City.” In the ad, she recalls her time volunteering at a homeless shelter and finding out a volunteer she bonded with was homeless himself.

In 2014, she appeared on TMZ (that’s never good) where the outlet reported that she “rear-ended another car in West Hollywood” on Sunset Boulevard. The good news? Nobody involved suffered any injuries. On March 19, 2019, she appeared on Australia’s The Morning Show and took a trip down memory lane about her life on The Nanny. Her stance on her experience softened a bit on the show and called it “a wonderful learning experience.” We’re unsure if she was trying to be diplomatic or not.

Zima also scored a coveted role on Showtime’s revival of David Lynch’s Twin Peaks. Although her part was brief (SPOILER: she dies pretty gruesomely), she told Vulture the audition process wasn’t shrouded in secrecy and that she didn’t know she was even auditioning. “It wasn’t like a normal audition. I sat and had a conversation with the casting director, Johanna Ray, who actually casted me when I was younger in another project, but I don’t know if she remembered that or not,” she explained.

“I didn’t even know what I was auditioning for, I had no idea.” She revealed that she was auditioning for a show with a different name and there was no script. “There were rumors that it was Twin Peaks, but I never believed those anyway, because so much in Hollywood is hot air and b.s. I’ve just learned to be either discriminating or … not cynical per se, but wary of most projects. Especially things that sound too good to be true, like something involving David Lynch,” she continued.

Zima made her writing and directorial debut in 2018 with Warm Human Magic (via Final Draft), “an anti-romantic comedy” that tells the “story of a young woman’s desperate attempt for human connection and her inability to extricate herself from the technology that keeps her isolated.” It premiered at the Dances With Films Festival on June 14, 2018.

“I’ve always wanted to direct. As long as I have been on a set, I’ve wondered what it was like to be the captain of a ship, so to speak,” Zima told Final Draft. “When I was little, my sisters and I made a film called A Time To Decide. I was 11 years old and I made my sisters enact what was a cautionary tale about drugs. We used a camcorder where you had to rewind and play and record over things.” She also explained that the script came out of her personal experience. “There were so many nights where I was heartbroken and lonely and staring at my phone, wishing so badly that the phone would bring me a person to be with in real life,” she said.

We can’t wait to see what else Madeline Zima has in store.