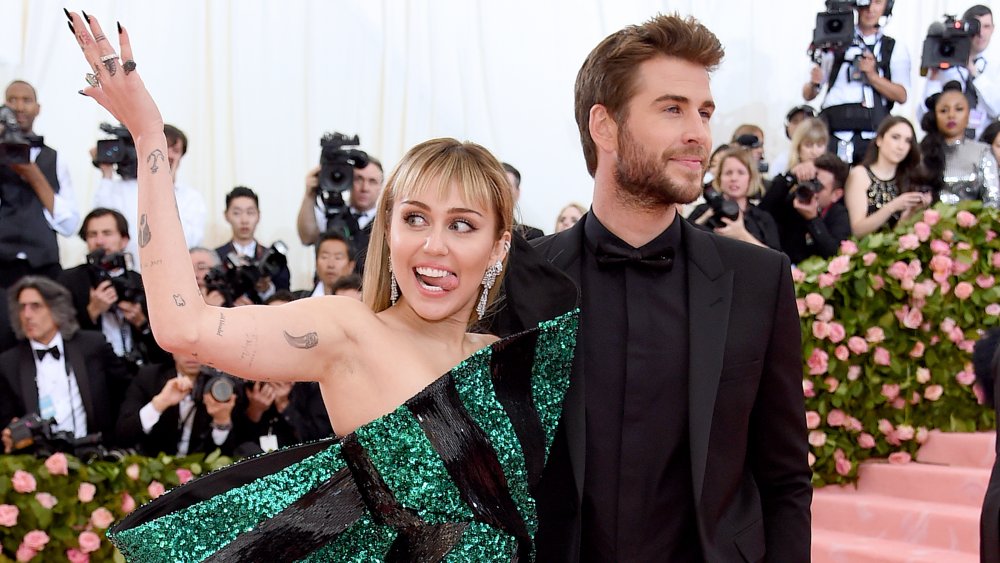 Miley Cyrus and Liam Hemsworth are Hollywood’s version of high school sweethearts gone weird and completely wrong. Glamour reports that they met on the set of The Last Song in 2009, portraying summer loves Ronnie and Will, before starting a real-life romance of their own: It included a broken engagement, plenty of revealing songs, a re-engagement, a wildfire evacuation, a secret wedding, and a divorce. Cyrus even celebrated International Kissing Day with a throwback snap of their first on-screen kiss years later. That is a lot of emotional stress for 20-somethings to go through in a decade.

Just eight months after quietly marrying in December 2018, a statement announcing the on-and-off couple’s separation to People read in part: “… Ever-evolving, changing as partners and individuals, they have decided this is what’s best while they both focus on themselves and careers. They still remain dedicated parents to all of the animals they share while lovingly taking this time apart.” Their divorce was settled in December 2019, with TMZ reporting that there had been “significant bitterness” between the pair that has thankfully since disappeared.

So, what went wrong? According to a source cited by ET, Hemsworth “wanted marriage and a family,” but Cyrus “never seemed ready to settle down.” The actor later found love with model Gabriella Brooks, who’s reportedly almost “the opposite of Miley,” while Cyrus shared an infamous fling with blogger Kaitlynn Carter, before moving on with singer-actor Cody Simpson.