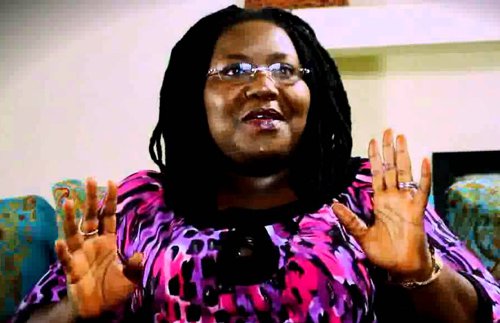 Ibim Semenitari, a former aide to the Minister of Transportation, Rotimi Amaechi, has reacted to the audio recording in which the minister was heard expressing shocking pessimistic views about Nigeria and the administration of President Muhammadu Buhari.

In a press statement yesterday, she accepted the voice in the tape is Amaechi’s but insisted that the minister’s comment had been twisted out of context.

Amaechi, a key political ally of Buhari and is the Director-General of the Buhari/Osinbajo Campaign Organisation, was allegedly caught on tape portraying President Buhari as a dismal failure who has been unable to meet the expectations of various segments of the society.

However, the statement by Mrs Semenitari, a former Rivers State commissioner for Information under Amaechi, reads: “Let me first make it clear that I am not speaking for the Honourable Minister nor for his media team. He has quite competent hands who can do so.

“However, I feel compelled as someone who had sat in at myriads of interviews granted by the Honourable minister both when he was governor and a little while after that to correct what I believe is deliberate twisting of what he had said. First a bit of background to put things in context.

“Anyone who has sat with Amaechi in private discussions or at a media interview will agree that he has been consistent in expressing the belief that most Nigerians do not hate corruption but simply hate the fact that they are not the ones perpetuating the corruption. This has been his view expressed at different times in press interviews. It is for this reason that he has maintained that only a bloody revolution somewhat like the Rawlings revolution in Ghana will change Nigeria.

“During the Jonathan era, he had made these comments at various media discussions during which time he had also lamented about the former President’s refusal to listen and take counsel. Media colleagues at these events I am sure will remember. It is for this reason that I am certain the first recording was from one of those parleys.

“It is possible that the Honourable Minister has also on some occasions spoken about the frugality of the Buhari regime but he did so not in the context of negativity but as a positive indication of a new Nigeria where pain will ultimately translate to gain. Again I say this with the privilege of knowing his governance worldview in this regards.

“The reason I have bothered to speak about this is because this is a clear case of cut and paste. Different conversations taken out of context and brought together to create a narrative that is far from the truth.

“I am saddened by the fact that a purported conversation meant in the first place to be not for reportage and in strict confidence is being peddled. Though I wasn’t present at this so-called meeting but I gleaned this from the supposed comments of the minister in the peddled tape itself.

“Like I said, I do not hold brief for the minister not can speak for his media team but I do owe my country, my profession and posterity the truth that I know. Happy new year again and may Nigeria prosper.”