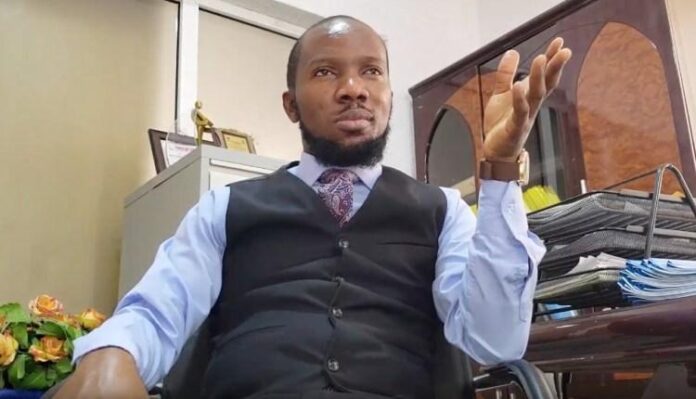 The 30-day incarceration of a human rights activist, Inibehe Effiong (Esq), by the Akwa Ibom State Chief Judge, Justice Ekaette Obot on Wednesday has continued to garner divergent reactions from both the public and the legal community.

While some tackled the Chief Justice for her action, others said she has the prerogative to commit a contemptuous and erring lawyer to prison in order to return sanity to the court.

It could be recalled that Effiong, a defense counsel to Leo Ekpenyong, who has been standing trial on libel suit by Governor Udom Emmanuel and Senator Effiong Bob had been threatened to be jailed by the Chief Judge whom he asked to recuse herself from the case following suspected bias and the likelihood of bias.
Also read: 2023: Atiku, Okowa, Ayu, PDP senate caucus meet

The CJ, however, during Wednesday’s hearing executed the threat, which according to some lawyers was her prerogative, by committing Effiong to a correctional center following his observation that two armed policemen were inside the court and should be ordered to leave.

He said, “My Lord, as a legal practitioner, with total respect I have never seen armed policemen inside the court with AK-47s. My Lord, I don’t feel comfortable as a lawyer in this atmosphere having armed policemen behind me.

The judge saw his observation as confrontational and contempt of court and ordered him out of the bar and subsequent de-robing before taking him away to a correctional facility to “purge himself of contempt” for 30 days.

However, several reactions have trailed the incident since yesterday. A lawyer, Olawojuwon Ogunbiyi, in a statement on Thursday called on the National Judicial Council to properly investigate the incident even as he described the CJ’s action as “a travesty of justice and enthronement of injustice where justice was supposed to be served.”

Part of the statement read, “What happened yesterday was a travesty of justice and the enthronement of injustice in a place where justice was supposed to flow.

“The incident has brought disrepute to the entire judiciary and made a mockery of our legal system by eroding public confidence in our justice system.

“I call on the National Judicial Council to properly investigate this incident and mete out the appropriate punishment.

“The sentencing of Inibehe Effiong Esq to jail reeks of judicial recklessness, oppression, and a clear abuse of judicial power. Inviting armed policemen into the bowel of the court when the court is not under siege is also tantamount to an invasion.

“Such drama could have been avoided if the right thing was done before now.”

However, another lawyer, Barr Edit Ating backed the CJ’s action saying that there was nothing wrong with the armed policemen, adding that anyone that senses insecurity wherever he or she stays has the right to bring in security.

According to him, “the action of the CJ to the best of my knowledge was to a great extent proper. The CJ is the chief judicial officer and she has control over her court. We were told that the argument started when Inibehe Effiong saw armed policemen and said it’s not proper, but her lordship said it’s proper in the sense that if somebody perceives insecurity wherever he or she stays, there is every tendency to bring in security.

Barrister Ating, however, differs on the sentence, adding that committing the lawyer to 30 days is oppressive.

“One month is too much. My lordship would have reprimanded him or probably say two or at least three days. One month seems to be too oppressive to my own understanding”.

A retired judge of Akwa Ibom State, justice Ifiok Ukana, while reacting to the incident said the power to commit for resides with the court, but added such power should be exercised carefully in order that the right of a person is not extinguished and the court might not become autocratic

He said, “The power to commit contempt resides in the court when contempt is committed in the face of the court, but that power is exercised carefully in order that the right of persons will not be extinguished and the court might not become autocratic, but where the conduct of a lawyer debases the court, questions the integrity of the court and erode the confidence of people openly before the court, the judge has the right to exercise that power.”

Asked if the judge was justified to carry out the action Ukana said, “well I was not in the court to say, but if the judge says a conduct was unbecoming and has destroyed the court, he can exercise his power, it is the prerogative of the judge.”

When contacted the chairman of the Uyo branch of the Nigeria Bar Association, Barr Ememobong Udoh said neither Inibehe Effiong’s representative nor the judiciary had officially written to the association about the incident.

He said however that the association is taking reconciliation steps to ensure his timely release.

“None of them has written to us officially, neither Inibehe Effiong nor his representative because he is in the Correctional Centre now, nor the judiciary has written to us officially for us to know what to do. Whatever we are doing now is just based on hearsays. But on the whole,we are taking very serious reconciliatory steps to ensure he comes out soon; iam being frank about this,” he said.