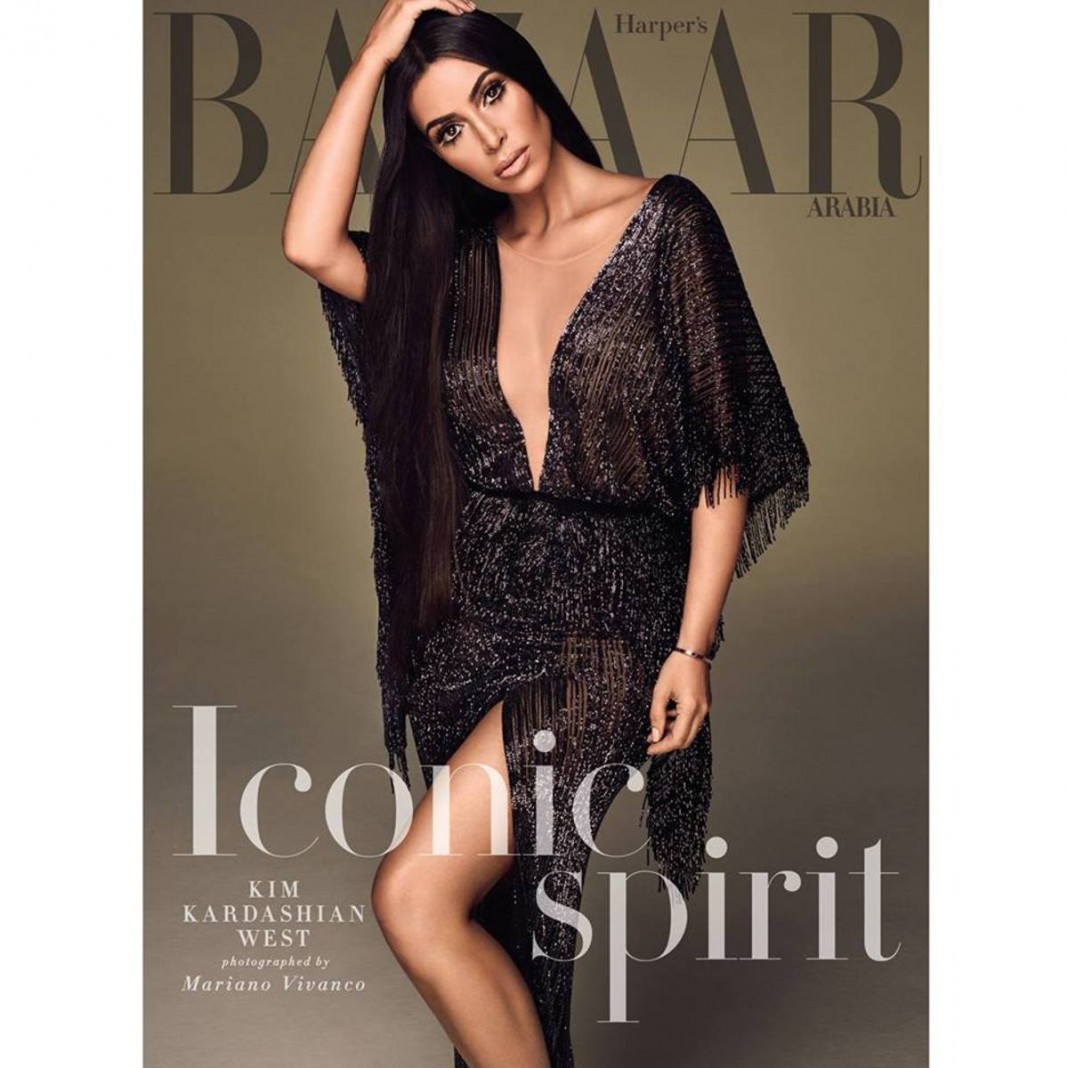 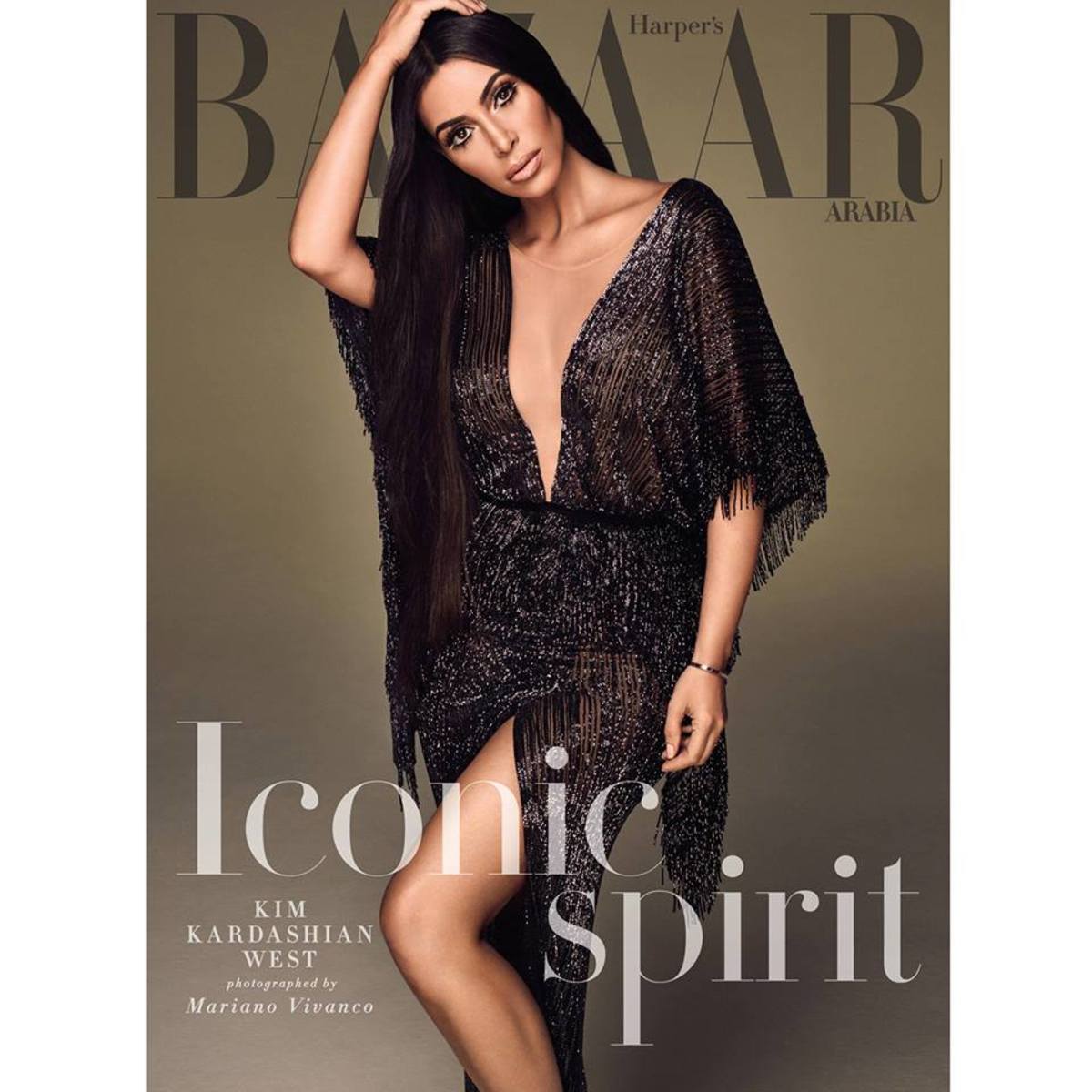 After making the media news rounds on Monday for her September cover with Interview Magazine, Kim Kardashian has yet another major fashion issue to add her to portfolio: On Wednesday, Harper’s Bazaar Arabia also revealed Kardashian as its own September issue star. Even more impressive, it’s the title’s biggest issue ever at 420 pages.

While Kardashian channeled former First Lady Jackie Kennedy (alongside her daughter North West) for Interview, the celebrity mogul was transformed into her favorite pop culture style icon Cher for Harper’s Bazaar Arabia. “She’s always had the sickest style, I’m obsessed with her,” Kardashian told the magazine. It’s true: In May, she took to Instagram to greet Cher a happy birthday, posting multiple throwback photos of the star to her feed. We wouldn’t be surprised if those exact images fueled her inspiration for the cover shoot.

Photographed by Mariano Vivanco, Kardashian’s fashion and beauty look for the cover perfectly replicated the legendary singer and actress’s signature aesthetic, from her signature long hair and exaggerated eyelashes to a sparkling vintage Bob Mackie dress that looks like it could have come from Cher’s own wardrobe. To see the entire shoot and interview, in which Kardashian declares that North would be a better president than our current one, visit Harper’s Bazaar Arabia’s website.