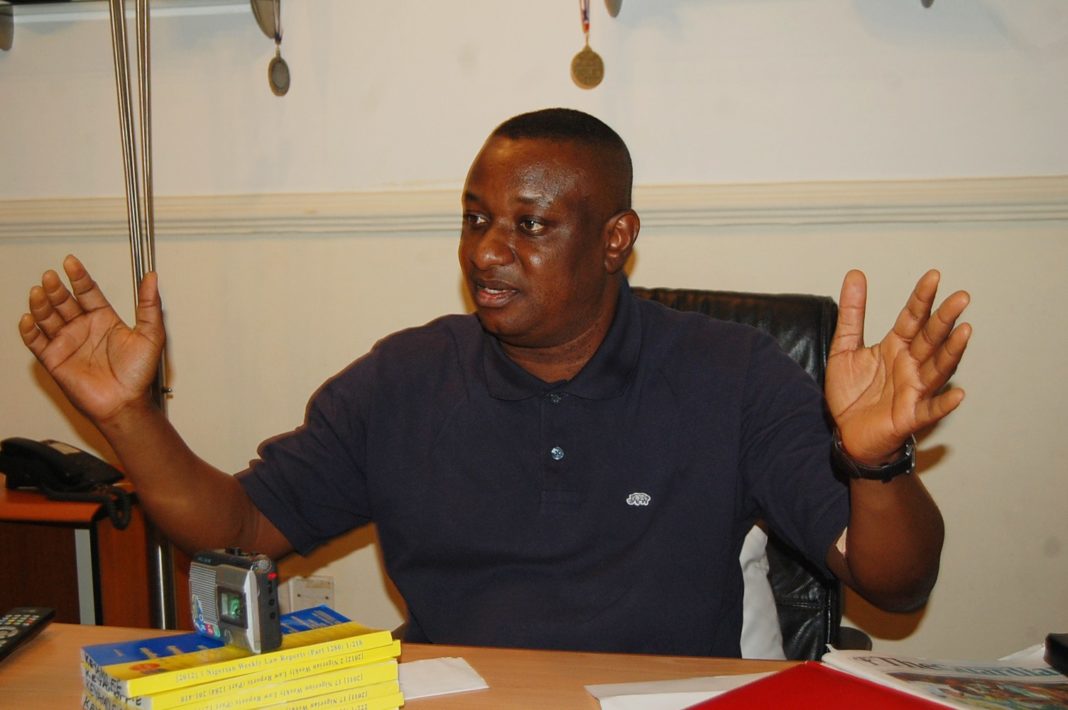 The Director of Media for the Buhari Campaign Organisation, Festus Keyamo (SAN), has claimed that, “riggers” carried out protest against the outcome of the Osun State Governorship election at the headquarters of the Independent National Electoral Commission (INEC) in Abuja on Friday.

Reacting on his Twitter feed, after reports emerged that police attacked leaders and members of the Peoples Democratic Party (PDP) at INEC’s office, Keyamo wrote: “Some Nigerians I saw were laughing out so loud today when they saw pictures of some known masters of rigging ‘protesting’ at INEC office against ‘rigging’ in Osun State.

“I therefore concluded that the protest was more about the refusal of INEC to allow them practice their trade.”

Leaders of the opposition party among whom are the Senate President, Bukola Saraki; Speaker of the House of Representatives, Yakubu Dogara; and the National Chairman of the party, Uche Secondus, led the protesters to INEC office after they had earlier converged at the national headquarters of the PDP in Abuja.

Also among the protesters are Governor Aminu Tambuwal of Sokoto State; former Niger State Governor and presidential aspirant, Sule Lamido; and Senator Dino Melaye, among others.

The PDP wants the electoral umpire to declare its candidate, Ademola Adeleke, winner of the Osun election.