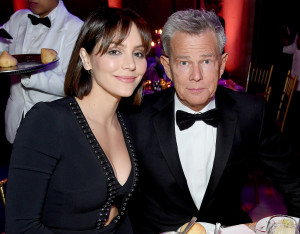 Katharine McPhee joked about a sometimes difficult, yet traditional, part of wedding planning on Sunday, January 27 — and it couldn’t be more relatable.

“Picking your bridal party is like a real life Myspace top 8,” the 34-year-old American Idol alum — who is engaged to David Foster — tweeted with a hilarious nod to the early 2000s social media platform.

And in classic McPhee clap back fashion, the California native hit back at a commenter who said that MySpace lasted “longer than” her marriage to Foster ever will. 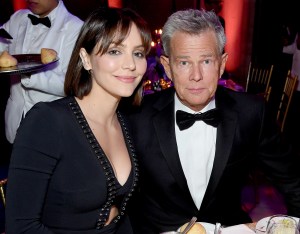 Katharine McPhee and David Foster’s Cutest Quotes About Their Relationship

“I’m assuming it also lasted longer than any relationship you ever had with a hairdresser?” the former reality star wrote in response.

McPhee isn’t new to slamming critics for her romance with Foster who is 35 years her senior. Most recently, she slammed a follower who called her beau “her geriatric love.” The Scorpion alum replied, “Oh i LOVE that demi lovato song,” McPhee wrote referring to Demi Lovato’s 2017 hit tune “Daddy Issues.”

Foster, 69, proposed to McPhee during a romantic trip to Italy in July 2018 after one year of dating. Though they’ve yet to announce any wedding plans, the Smash star documented herself trying on wedding gowns earlier this month.

“Wedding dress fittings today with @jordiefos!” McPhee captioned a photo of herself in head-to-toe white, including a floor-length veil. “It was such a happy day. (It’s not the dress, but just wanted to share) ❤️”

Foster’s daughters Sara and Erin Foster, meanwhile, opened up to Us Weekly in September about whether they’ve been asked to be in the wedding yet.

“No! Because they just got engaged,” the sisters told Us in unison. However, one thing they do know for sure is how elated their dad is to be engaged to McPhee.

To which Erin, 36, quipped: “I think that’s the gift of having a young fiancée.”

More recently, the famous family vacationed together in Lanai, Hawaii, to celebrate both Christmas and New Year’s Eve together. In attendance for the tropical holiday were David, McPhee, Sara, Erin as well as McPhee’s mother, Patricia, and sister Adriana.