Julius Berger reveals when second Niger Bridge will be completed 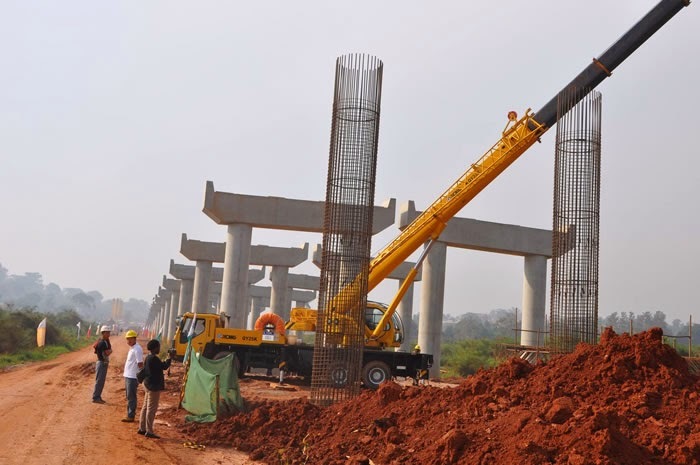 Mr Frederick Weiser, the Project Director, Julius Berger Nig. Ltd. on Tuesday disclosed that work on the second Niger Bridge will be completed by Feb. 28, 2022.

Weiser made the disclosure when Gov. Willie Obiano of Anambra State inspected ongoing work at the project site in Ogbaru near Onitsha.

He said the contract for the construction of the Bridge was awarded over the years but was abandoned due to poor funding and failure to mobilise the contractor to site.

According to him, the Bridge is 1.6 kilometres long with 3.3 kilometres adjoining room from Delta and another seven kilometres at the Anambra end.

The project director, who disclosed that the project was awarded at N206 billion, said the Federal Government had so far released about 15 per cent of the contract sum.

Weiser explained that the firm was currently constructing beams and doing piling work on the Bridge.

“The biggest challenge we had before now was the rising water level of River Niger which has now receded,” he told Obiano.

In his remarks, Gov. Obiano commended the Federal Government for releasing huge sums for the project, and expressed optimism that the project will be completed on schedule.

The governor described the bridge as “very important to the South East and the nation” and commended the contracting firm for its zeal to complete the job.