Joshua could be forced to vacate IBF title 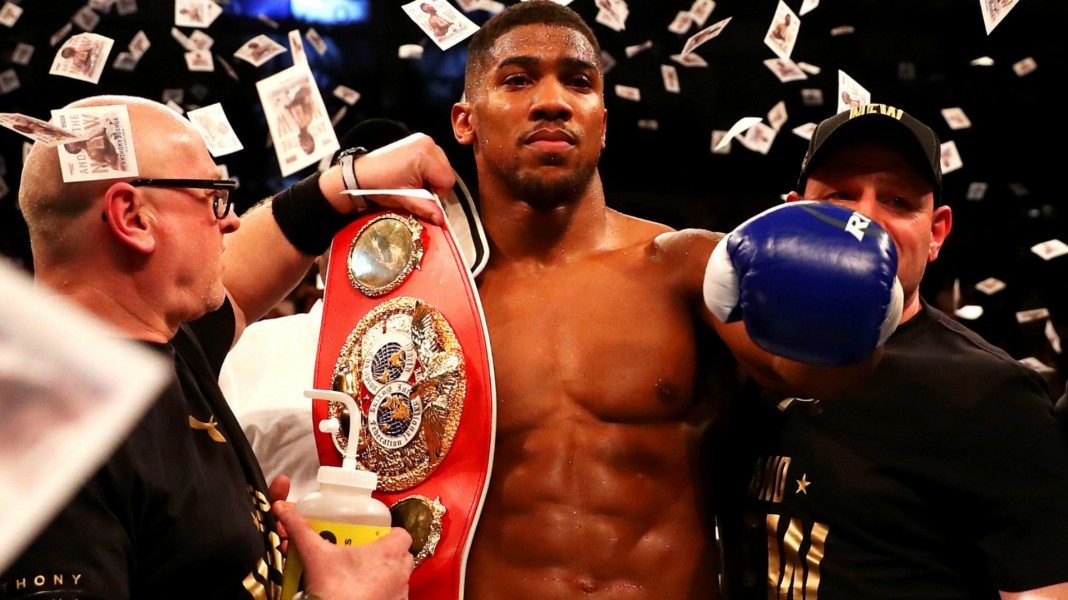 Anthony Joshua is waiting to hear if he could be forced to give up one of his two world heavyweight titles without losing it in the ring, Express.co.uk reports.

Wladimir Klitschko appears ready to invoke a rematch clause to face Joshua later this year which would force the Nigerian-born to give up the IBF title he won against Charles Martin if the boxing authorities rule he has to take on his mandatory challenger Bulgarian Kubrat Pulev next.

But Joshua’s promotor Eddie Hearn is lobbying for Joshua to be allowed to fight Klitschko for both the WBC and IBF titles with the winner facing Pulev.

Hearn said, “It is the IBF convention this week and we have put in a special exemption request to fight Klitschko next as we will with the WBC but that is a little bit more clear.

“We want to fight Klitschko next and the noise from the their camp is that is going to happen, and it will be discussed over the next few weeks.

“If Anthony doesn’t fight Klitschko he will fight Pulov who isn’t going to go away. Pullovers people have objected to the special exemption request.”

Meanwhile, Joshua has  admitted he hopes his son will not follow in his footsteps and enter the ring.

Asked if he would want 19-month-old Joseph to become a professional boxer, the world heavyweight champ replied, “I swear I wouldn’t want him to be.

“This ain’t a job, it’s crazy. Do you know the amount of pain that we go through? I wouldn’t wish it on anyone.

“You shouldn’t look at it as a career straight away because it’s very, very, hard. So with him, I’d say, ‘Set off on your own path whether it is ­business, studying, sports… but I want him to be better than me in anything he does.”