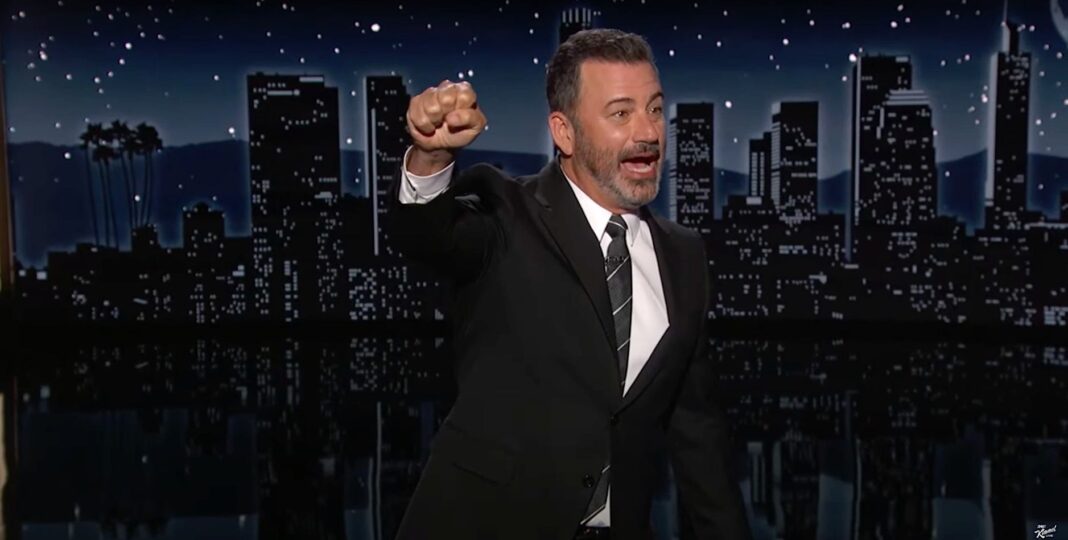 But he was saved in Spider-Man fashion… by Spider-Man himself: Andrew Garfield.

He said part of the show was a musical number featuring TV theme songs and dancers with spears.

“About halfway through the dance, the tip of one of the spears comes flying off the handle straight at us at our table,” he said during his Tuesday night monologue. “And out of nowhere, and I swear to God this happened, Andrew Garfield lunges forward and snatches it out of the air, like Spider-Man.”

That has Kimmel wondering.

“Like he might be really Spider-Man,” Kimmel said. “Just as Spider-Man would have done were he in an undercover situation. His shirt came open; my wife almost had to be resuscitated.”

The moment wasn’t caught on video.

But Kimmel did show off the spear as well as a photo of him and Garfield holding it at their table: