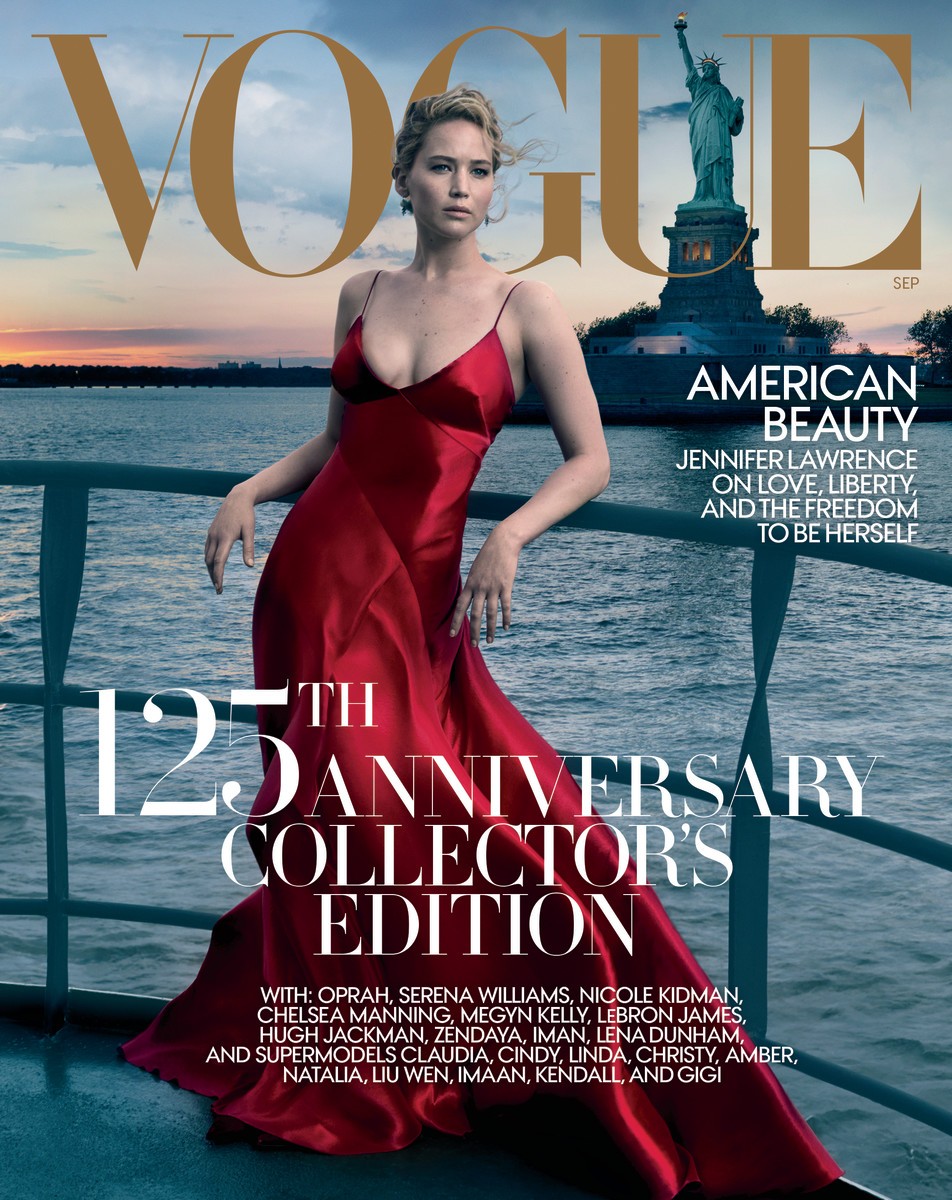 We’re well into the month of August, which means the all-important September covers are starting to roll out. Some publications have already revealed their impressive gets — Kristen Stewart on Harper’s Bazaar UK, Selena Gomez on InStyle — but the season isn’t official until Vogue reveals its almighty issue. On Wednesday, the magazine debuted its September 2017 “Special Collector’s Edition” issue starring Vogue favorite (and two-time cover star) Jennifer Lawrence.

To celebrate its 125th anniversary, Vogue enlisted the help of four big-league photographers — Bruce Weber, Annie Leibovitz, Inez and Vinoodh and artist John Currin — to shoot (or in Currin’s case, prepare a portrait of) Lawrence on four separate covers. The issue’s pièce de résistance is clearly Leibovitz’s work, pictured above, which features Lawrence in a rich, satin Ralph Lauren Collection (not Dior!) gown opposite the Statue of Liberty and alongside the cover line, “Jennifer Lawrence on Love, Liberty, and the Freedom to Be Herself.”

Inside, The Wall Street Journal columnist Jason Gay interviews Lawrence on her freaky new movie, “Mother!” and her new relationship with the film’s director Darren Aronofsky, as well as, as is spelled out on Vogue.com, “how she stays so damn relatable.” On the topic of the latter, the piece includes no mention of tripping nor of bodily fluids, as has become common with Lawrence, which seems to be worth mentioning.

Vogue‘s September 125 Anniversary Collector’s Edition issue hits newsstands on August 22. In the meantime, you can read Lawrence’s cover story over on Vogue.com and see all four covers below.