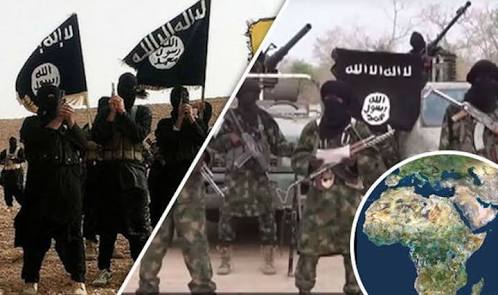 The United States of America has warned its citizens in Nigeria of a plan by Islamic State and Boko Haram insurgent groups to disrupt the forthcoming 2019 general elections by carrying out attacks.

The US gave the warning in a statement published on its website on the 18th of January, 2019.

The alert read that the insurgent groups plan to attack public places and government infrastructures during the 2019 election.

The embassy, however, did not state whether such attacks were targeted at its embassy or not, but U.S. citizens in Nigeria should remember to follow personal security precautions on a regular basis.

The statement reads: “There is an increase in ISIS propaganda videos specifically directed to Nigeria and the ongoing civil unrest in Borno state and the Northeast

“ISIS West Africa (ISWA) and Boko Haram have both stated they plan to disrupt the upcoming 2019 presidential elections by conducting attacks on Nigerian Security and infrastructure, as well as places of gathering such as markets, hotels, and malls

“While we have no specific threat information to the U.S. Embassy or within Nigeria during the election season, U.S. citizens in Nigeria should remember to follow personal security precautions on a regular basis

“ US citizens should avoid crowds and demonstrations, keep a low profile and to stay alert in public places, including schools, hospitals, government facilities, places of worship, tourist locations, and transportation hubs.”

The embassy further urged its citizens to carry proper identification, including a US passport with a current Nigerian visa, if needed and to exercise caution when walking or driving at night.