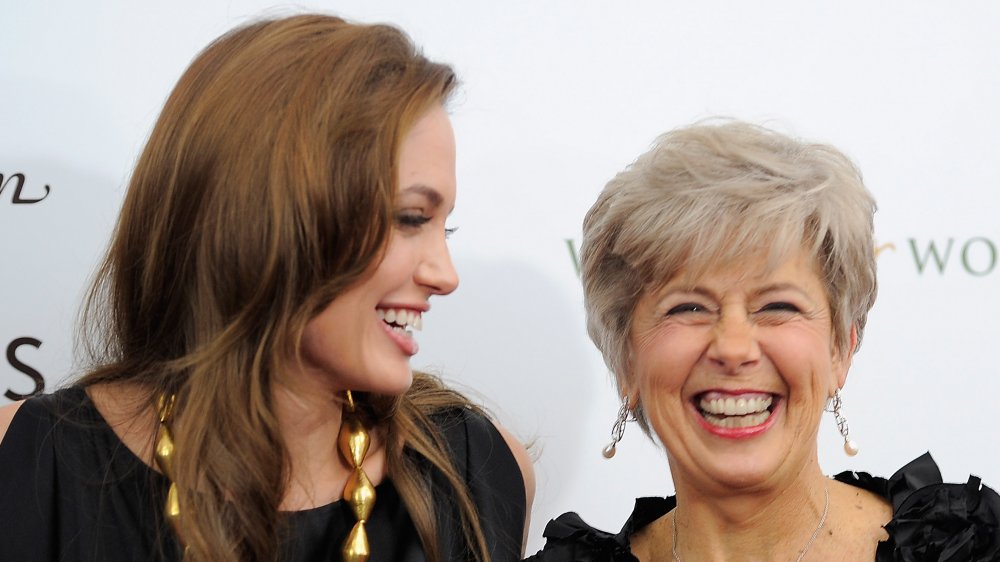 Angelina Jolie, While there are no clear reasons as to why there appears to be a split between Brangelina’s six children and their grandparents, there are allegations that the schism is really between Brad Pitt’s mother, Jane Pitt, and his ex-wife, Angelina Jolie. According to Radar Online, Jane Pitt is allegedly angry over how little time she and her husband, William Pitt, get to spend with the grandchildren. “She’s done with all this cruelty and unpleasantness that’s been shown towards her son and looking to confront Angie head-on,” the source told Radar.

Hints about philosophical differences the two women had fueled some scuttlebutt even when Jolie and Brad were still together. In 2012, Jane wrote a letter to the editor of the Springfield News-Leader in support of Republican presidential candidate Mitt Romney. Jane also condemned abortion and same-sex marriage. (Jolie and Brad are well-known gay rights advocates.) To make matters even more complicated, Jolie’s father, actor Jon Voight, came to Jane’s defense. “Good for her,” Voight said. Considering Jolie and her father also have a rocky history, that probably didn’t help the dynamic.

Brad’s brother, Doug Pitt, even chimed in, telling Today that it’s healthy for a family to not be on the same page on issues.”The bad thing is when it turns to venom and negativity, and we don’t have that in our family,” Doug said in 2012. 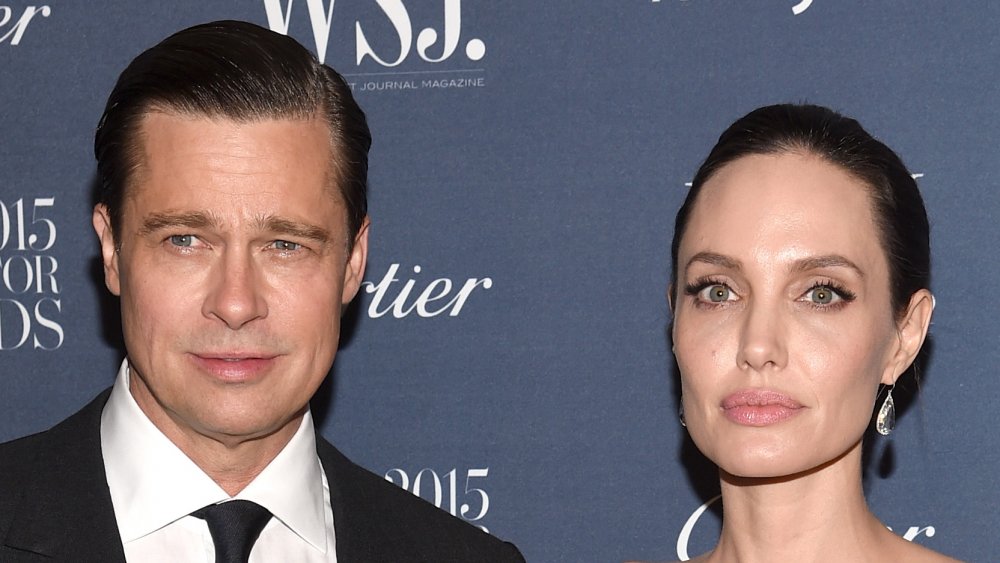 Brad Pitt and Angelina Jolie have been engaged in an intense divorce and custody battle since announcing the end of their marriage in 2016. In the latest legal turn in their divorce proceedings, Jolie filed a request in August 2020 to have California Judge John W. Ouderkirk removed from the case for allegedly failing to disclose that he had done past business with members of Pitt’s legal team, reported People. Ouderkirk also previously officiated Pitt and Jolie’s 2014 wedding in France. Pitt fired back a week later with a filing of his own, accusing Jolie of trying to delay a decision on their custody battle over five of their six children: sons Pax and Knox, and daughters Zahara, Shiloh and Vivienne. They also share a son, Maddox, who is now an adult and a college student.

Prior to this latest legal twist, it looked like the dynamic between Pitt and Jolie was becoming more civil. People reported in July 2020 that co-parenting between the two Academy Award winners was improving, thanks to family therapy. “The younger kids go back and forth between their houses,” a source told People, “and Brad loves spending as much time with them as possible. He seems much happier.”

However, a big part of Pitt’s family seems to be missing from the children’s lives. The kids are rumored to not be involved with their paternal grandparents. Here are the clues hinting at a break between the two generations.

Brad Pitt’s children were absent from a major family event 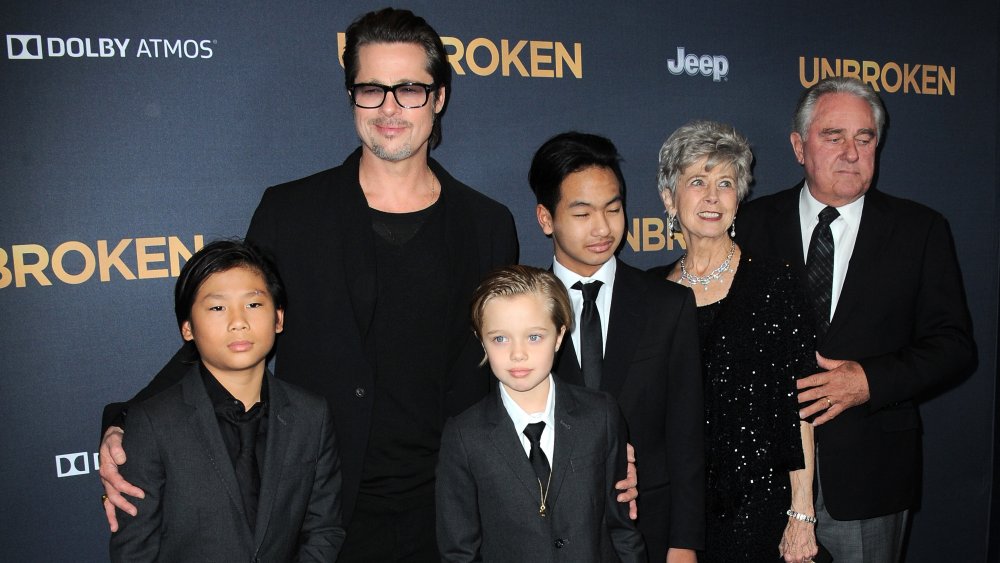 Brad Pitt has much love for his parents, William and Jane Pitt, who reside in Springfield, Mo., where the actor grew up. William and Jane Pitt do not work in the entertainment industry, though Brad has brought them to Hollywood events and awards shows, according to Good Housekeeping. Pitt’s father was the owner of a trucking company and his mother worked in education. They also have two other children, Doug Pitt and Julie Pitt Neal.

Family is important to the Pitts, but at a recent event celebrating its matriarch’s 80th birthday, six significant members were missing. According to The Sun, Pitt flew his parents, siblings, and their families to his Santa Barbara, Calif., estate to commemorate his mom’s milestone as well as his parents’ wedding anniversary. The soiree reportedly included T-shirts with “Grammy’s 80th birthday bash” inscribed on them and dozens of eats. Doug Pitt’s and Julie Pitt Neal’s children were in attendance, according to The Sun’s sources, but another set of children was absent.

The tabloid sources allege that Brad’s children were not in attendance. “It’s a shame Jane and Bill were only two hours away from their other grandchildren and still didn’t see them on such a special occasion,” an insider told The Sun. The children are believed to be splitting their time between Pitt’s residence and Angelina Jolie’s estate in Los Angeles. 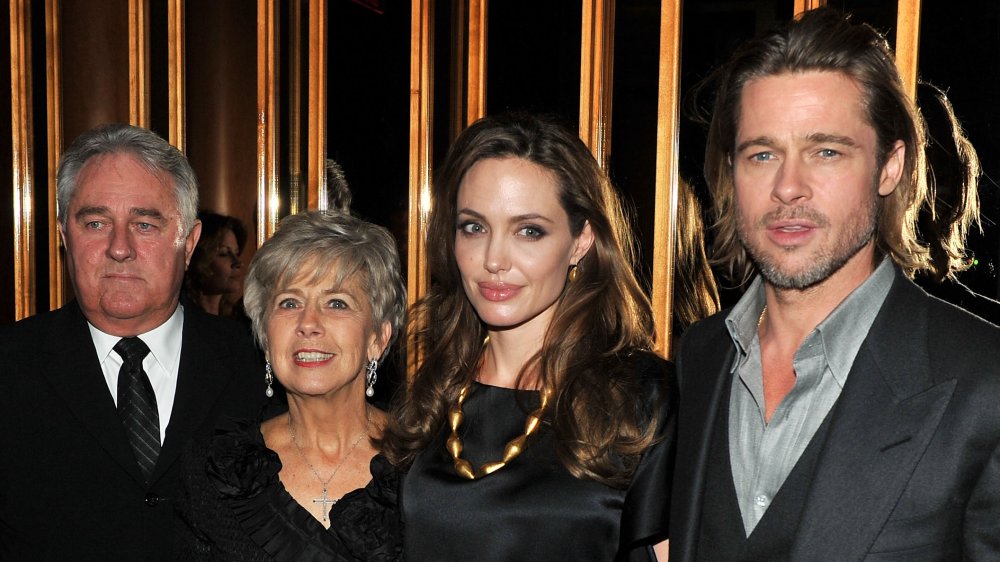 Rumor has it that the birthday bash at Brad Pitt’s house isn’t the only time the actor’s kids have not been able to spend quality time with their paternal grandparents. The Sun alleged in August 2020 that William and Jane Pitt had not seen Brad and Angelina Jolie’s kids since 2016 — the year the celebrity couple called it quits.

“When they were together, Brad and Angelina would take the kids to visit their grandparents [in Missouri]” the source told The Sun. “The kids would run riot. The Pitts have a huge backyard and they would go sledding in winter and have campfires in the summer.”

According to the Daily Mail, Brad spent time with his parents and his siblings at the family’s home in Missouri in the fall of 2019, but his younger children were reportedly absent from the informal family reunion because they were supposedly in Spain with their mother as she filmed The Eternals. Maddox Jolie-Pitt was busy starting his freshman year at Yonsei University in Seoul, South Korea, the tab reported.

An insider told The Sun that Jane Pitt is allegedly devastated by the years-long split among the generations. “I feel for Jane,” the source said. “She loves her grandchildren.”