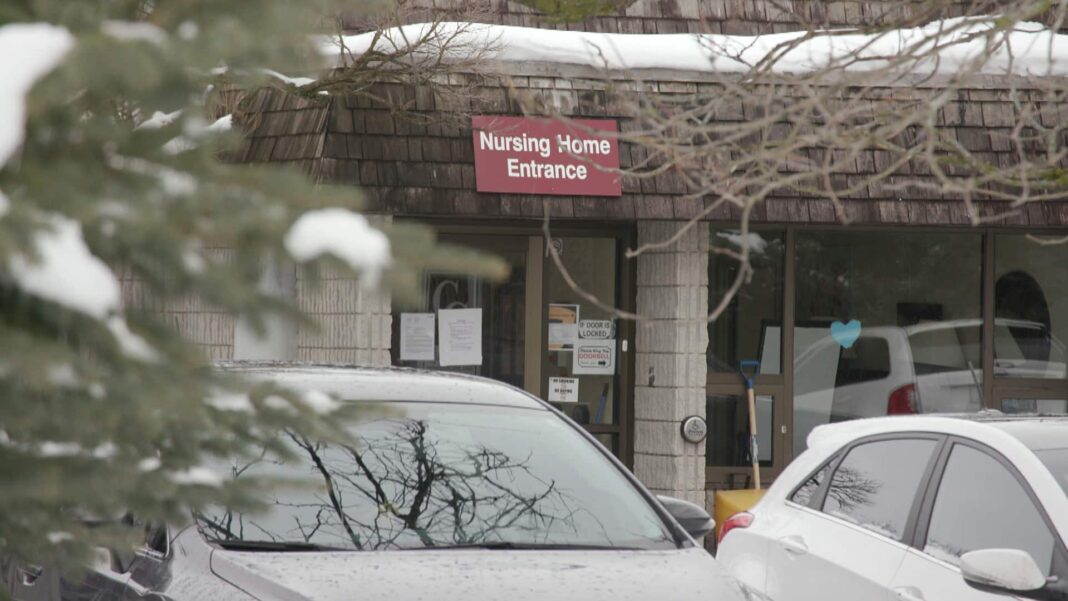 A CBC News data investigation has found 1 in 12 long-term care facilities in the province were caught breaking COVID-specific government directives between June 2020 and January 2021. Many infractions occurred during or after outbreaks.

“To have egregious infractions in terms of not following standard operating procedure for things like infection prevention and control, these operators need to be held to account,” said Dr. Nathan Stall, a geriatrician at Mount Sinai Hospital in Toronto.

Improper screening was a frequent issue at homes. Many were cited for not asking staff members or visitors questions or taking their temperatures, and failing to ensure they were wearing masks as they entered or left the premises.

Some of the reports from provincial inspectors also detail long lists of infection control issues. While other companies are reflected in the data, the number of Caressant Care-owned homes with inspection violations of COVID-19 directives is high relative to the number of homes owned by the company. 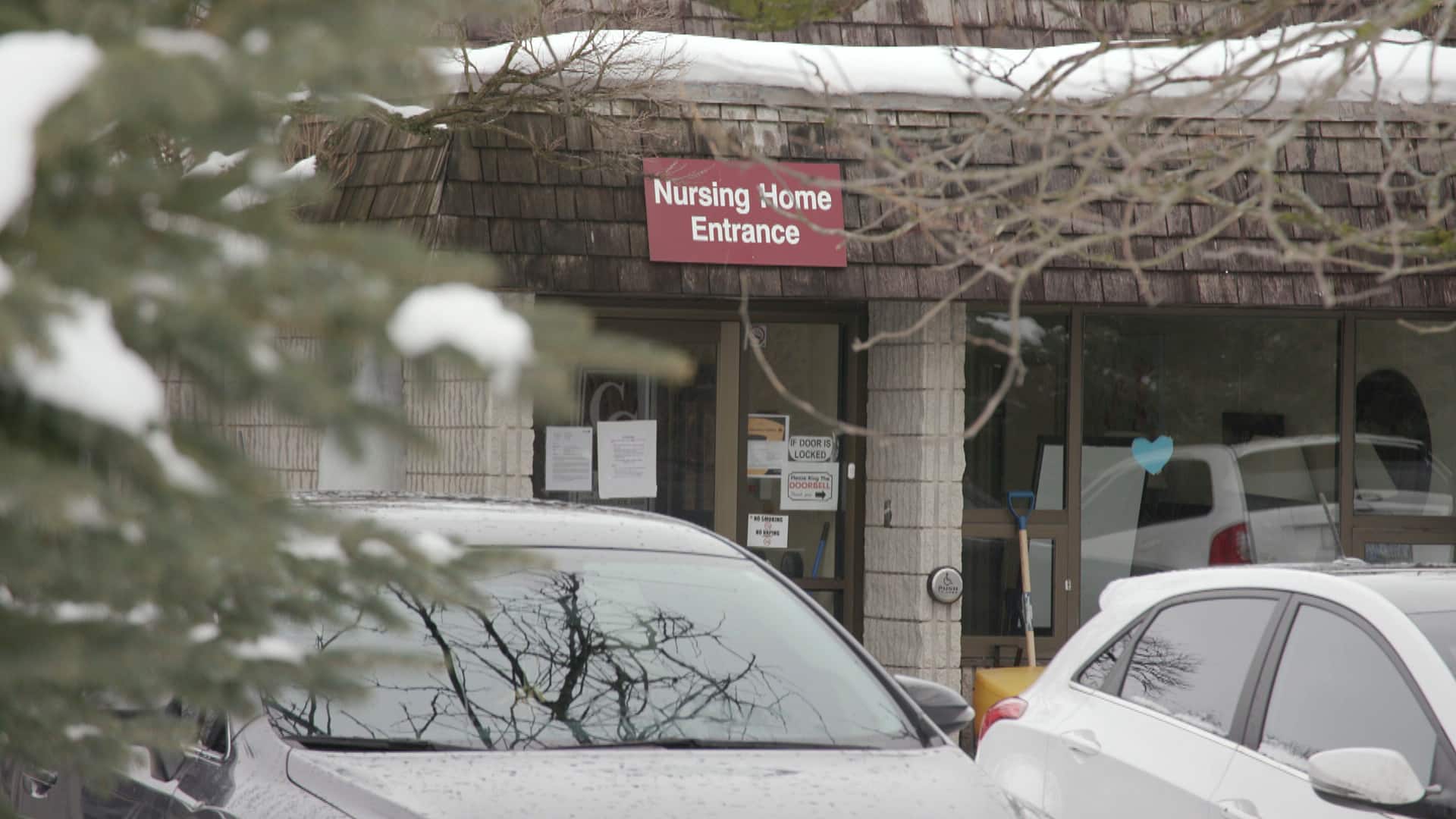 A CBC News investigation has revealed that multiple Ontario long-term care homes didn’t follow infection prevention rules meant to prevent COVID-19 outbreaks with some breaking the rules during or after an outbreak. 2:50

At Caressant Care Listowel Nursing Home west of Toronto, where an outbreak infected nearly every resident of the home in January, an inspector found 12 major infection control violations during the outbreak.

“That probably explains quite a bit about how [COVID-19] got through so quickly,” said Alycia Houchen, whose grandfather, Edwin Rutherford, was one of 13 residents who died in the home, which has room for 45 people.

In all, 43 residents and 26 staff were infected during the winter outbreak at the home.

The violations included staff not being aware of the correct personal protective equipment to wear and not cleaning their hands after taking care of residents; staff working with both COVID-19 positive and negative residents; and hand sanitizer not being available in all areas of the home.

Houchen, herself a personal support worker at a different retirement home, says the inspection report findings are “disturbing and disgusting.”

“They have had plenty of time to prepare and to do whatever they needed to do, and they obviously didn’t do it.”

Caressant Care owns 15 homes in Ontario. Four of those facilities were caught breaking COVID-19 safety directives during inspections. Like the location in Listowel, two others were found to be in violation of the infection control rules during outbreaks in December or January.

Big operator accounts for more than 20% of violations

Extendicare, one of Ontario’s largest long-term care operators, which owns or manages 69 facilities in the province, was cited for the most violations of infection control and prevention directives.

Other big chains such as Sienna Senior Living and Revera accounted for three and five per cent, respectively.

Inspection citations against Ontario’s long-term care homes hardly ever come with any consequences. Homes are asked to fix the problem, but even if an inspector returns and finds the same issue, there are no fines or penalties. In very rare cases, homes are barred from accepting new residents.

Extendicare says inspectors visited its owned and managed homes almost 200 times in the past six months.

“While some inspections do report issues related to COVID directives that require attention, these represent a small minority of the visits,” Extendicare said in a statement to CBC News. “While our goal is to have no issues, it’s important to note that in 93 per cent of the inspections, there were no COVID-related compliance issues.”

That for-profit operators are over-represented in the findings isn’t surprising to Tamara Daly, the director of York University’s Centre for Aging Research and Education. She has been studying the differences between for-profit and non-profit care for years.

“I think, at the end of the day, the working conditions and the caring conditions have been shown to be worse at for-profit facilities and the research data backs this up, both pre-pandemic and during the pandemic,” she said.

CBC News sent the Ontario Ministry of Long-Term Care its findings from the inspection reports. It responded with a statement that said inspectors monitor for the health, safety and quality of care of residents.

“Repeated non-compliance is a serious concern and can result in escalated measures and sanctions by the ministry,” the statement says.

However, past CBC News investigations have found many homes have been cited for repeated issues without any consequences.

Of the infection control and prevention violations, 52 per cent occurred in homes either during or after an outbreak.

The fact that inspectors were finding repeated violations in the same home, or violations after an outbreak, is very concerning, said Daly.

“To get those reports indicating that there’s still improper use of PPE after an incident, that concerns me greatly, because where is the learning?”

Ten homes were cited for denying entry to essential caregivers. Short staffing in homes has been well documented, and restricting family access means residents often don’t get the care they need, said Daly.

It’s also a quality of life issue, she said.

“Being in long-term care is very different than being in a hospital bed,” she said. “You’re there to live. And I think what we essentially did is we removed that part of their care, the living part, the part that makes life worthwhile.”

Even as residents at Ontario nursing homes get vaccinated, the number of infection control violations is still concerning, said Stall, the geriatrician at Mount Sinai Hospital.

“Vaccine euphoria is a good thing. We should all be excited about this,” he said.

However, he said, we don’t know definitively that the vaccines prevent transmission.

The vaccine supply didn’t make it in time to help at Caressant Care Listowel.

For Houchen, the tragedy was hard to watch from the outside.

She didn’t get to say goodbye to her grandfather, and as a personal support worker, not being able to help him in his final days made it worse, she said.