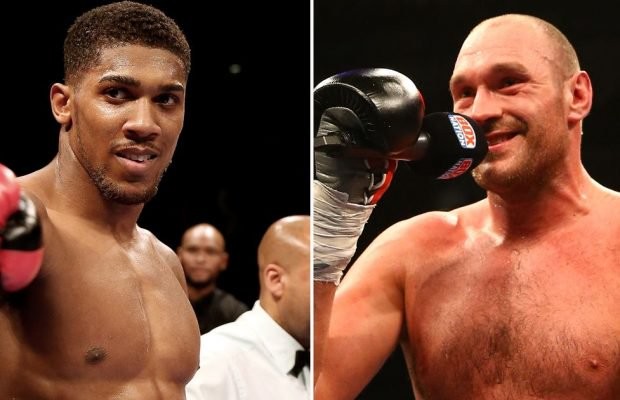 TYSON FURY has hit back at Anthony Joshua for calling him “boring” – but saying he is “more Nigerian”, according to The Sun.

The two continue to angle for a “Battle of Britain” heavyweight domestic clash – but it’s clearly only at the “trash-talking” stage at the minute.

Speaking to Sky Sports about Fury’s points win over Wladimir Klitschko back in 2015, Joshua said,  “He didn’t throw a punch. He didn’t come to fight. He just walked around the ring for like 12 rounds, it’s boring.It’s not winning, it’s how you win.”

Joshua climbed off the canvas in April to record a stunning 11th round stoppage victory against Wladimir Klitschko to add the WBA and IBO titles to his IBF strap.

But Fury has hit back, in somewhat strange circumstances.

Sharing a video on Instagram, he captioned it, “I’m more Nigerian than you! I’ll fly the flag for Nigeria when we fight.

In the video which the self-titled “gypsy king” shared on Instagram, he said,  “I see AJ is talking again, saying my fight was boring.

“Better to win and be boring than to get dropped all over the floor and scraping a win.”