I can be president of Nigeria in 2023 – Ex-SGF, Babachir Lawal 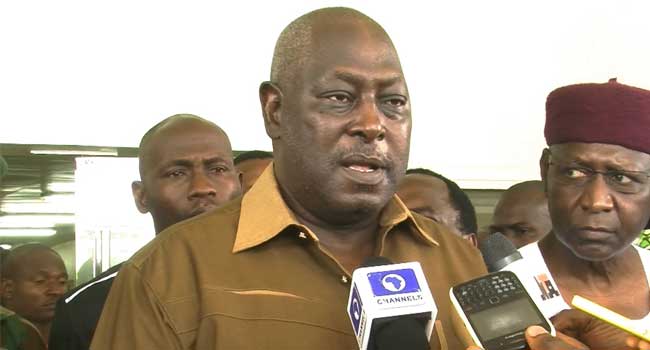 Babachir Lawal, a former Secretary to the Government of the Federation (SGF), has said he can be president of Nigeria.

Speaking with The Sun, Lawal said the constitution did not limit the presidency to any part of the country.

He was addressing the issue of zoning the 2023 presidency outside the north.

“Every part of Nigeria can produce a president, a competent one.

“Hey myself, my friend, I can be president of this country. I consider myself quite competent to do so from a small tribe of 300,000 people. There are so many such tribes that can produce good, competent leaders all over Nigeria.

“Even if it is in the north, if we say the north-west has produced a presidential candidate, the south-west had produced one, I don’t see why the north-central cannot produce or the north-east cannot produce just as south-south, south-east, south-west and even north-west can still produce. The constitution doesn’t say it is prohibited. And as I said, I believe every zone, every state, has capable people that can run this country effectively,” Lawal said.