How Arik Air made me miss book review – UNIPORT don, Kilani cries out 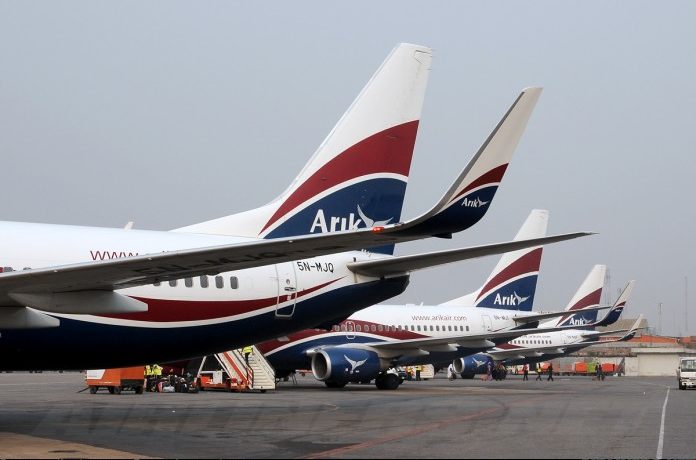 A professor of Islamic Studies at the University of Port Harcourt, AbdurRazaq Kilani has recounted how he missed a presentation in Lagos due to a sudden flight reschedule by Arik Air.

DAILY POST gathered that Kilani had been slated to review a new book, titled; Islam and Modern Vices: Issues and Concerns in the News written by a columnist with the Daily Independent newspaper, Mr. Rasheed Abubakar.

But, Kilani who said he had arrived the Port Harcourt airport as early as 8am on Saturday was shocked when Arik airline suddenly announced that the flight has been shifted from 9am to 12 noon.

According to the professor the arrangement to be a reviewer of the book written by the young and dynamic journalist, Rasheed Abubakar was sealed many weeks before the actual date for the review.

He said: “We made all arrangements humanly possible to make the event a successful one. I had done my review and gotten ready for the day, Saturday, December 1.

“An Arik Air ticket was booked for me for 9am on the day, hoping to be in Lagos insha Allah by 10am. The organiser already made arrangements for a car to pick me at the airport. I arrived at the airport at 8am, only to be told that the flight had been delayed till 12 noon. The information shocked me to the marrow, as there was no prior knowledge either through mail or message to my phone. All efforts to convince the staff of Arik Air fell on deaf ears”.

The flight, DAILY POST reliably gathered, did not take off by 12 noon as promised by the airline. Instead, it took off at 1:30pm and arrived Lagos by 2pm, about 30 minutes after the end of the programme.

Kilani said “It was disappointing because a well planned arrangement was aborted and I was sure the 12 noon was a mere promise, as such experience is not uncommon with many airlines in Nigeria.

“The flight, which was delayed till 12 noon, arrived Port-Harcourt airport by 12:30 and commenced boarding. The crew members apologized profusely and we were told the plane just came from Dakar and that was responsible for the delay. We finally took off by 1:45pm and arrived Lagos by 2:30pm. I missed the program that took me to Lagos”.

Kilani called on relevant agencies of the government in the aviation industry to protect passengers against ill treatment by airlines, which has become a norm with many domestic operators in Nigeria. We can do better. Time is a bond and it is the essence of life”.

The author of the book, Mr. Rasheed Abubakar expressed his displeasure over the development.

“We are not going to press charges for the damages the change in the flight schedule cost us. It has been destined by Allah, but the airlines need to step up their game. Sudden rescheduling of flights at short notice is embarrassing. It is uncalled for. If there must be a delay, there should have been a prior notification to the passengers”.

But, Manager, Corporate Communications of the airline Mr. Adebanji Ola said the delay was not intentional but a way to ensure safety of the passengers.

Ola in a telephone conversation with DAILY POST on Tuesday said that the flight was delayed for three hours and not four and half hours as alleged.

He added that the delay was due to technical issue that has to do with the aircraft.

He said, “Let me tell you what happened. The flight left around 12 p.m. and not 1.30 p.m as alleged. The reason for that is that we had a technical issue with the aircraft.