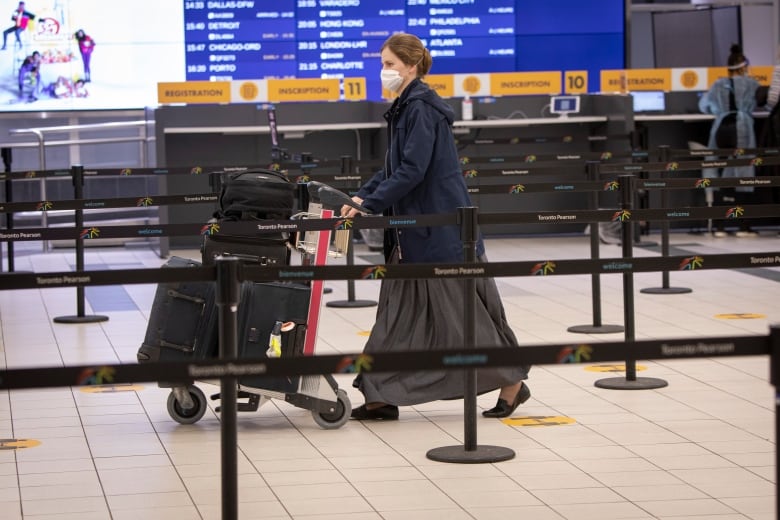 Air travellers landing in Canada will have to quarantine in a hotel, at their own expense, starting Feb. 22, according to government sources.

Sources, who spoke confidentially because they were not authorized to speak publicly, said Prime Minister Justin Trudeau will make the announcement at 11:30 a.m. ET.

Last month, the government announced air travellers returning from non-essential trips abroad will have to isolate in a federally mandated facility for up to 72 hours while they await the results of a polymerase chain reaction test, commonly known as a PCR test. Trudeau has estimated the potential cost of the three-day quarantine hotel stay at $2,000.

The testing requirement is in addition to the mandatory 14-day quarantine period for returning non-essential travellers. The government has had travel restrictions on most foreign nationals in place since March 2020

Earlier this week, the prime minister announced that as of Feb. 15, non-essential travellers entering Canada through the land border will soon need to provide proof of a negative COVID-19 test before arrival.

Border officers can’t legally deny entry to Canadians, but those who show up without proof of a test could face fines of up to $3,000, he said.

Conservative health critic Michelle Rempel Garner said Conservatives agree that it isn’t the time for international leisure travel, but said there are many Canadians who should be granted exemptions to the hotel rule.

“The fact is many Canadians have essential reasons for travel. Those travelling to reunite with a spouse, an ailing relative, or to access medical treatment should not be faced with what is an insurmountable barrier for many in these situations. Your government recognized this principle when you made an exemption for athletes, citing affordability concerns,” she wrote in a letter to Hajdu on Thursday and shared with the media.

Earlier this week, news emerged that the federal government has agreed to offer 750 Olympic and Paralympic athletes — along with members of their support staff — exemptions from some quarantine-related travel restrictions in the lead-up to the Olympics.

“It is shameful to saddle those who must travel to support family and loved ones abroad affected by end-of-life or medical emergencies with a $2,000 bill. People who are travelling for this purpose should be allowed to quarantine at home, in compliance with pre- and post-arrival testing requirements,” she wrote.

“As well, persons with work visas, international students, and missionaries deserve an opportunity to be consulted to develop a more sustainable solution than the lack of information and clarity that you have provided.”