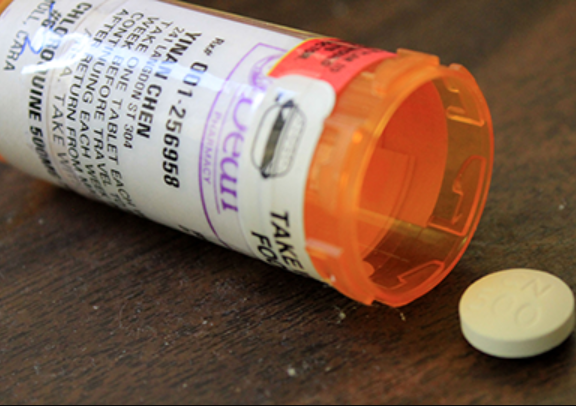 Hilarious reactions from Nigerians as it’s revealed that Chloroquine effectively inhibits coronavirus infection and spread, A report states that an old malaria drug known as Chloroquine effectively inhibits coronavirus infection and spread.  In a three-page paper published in Cell Research, scientists at the Wuhan Institute of Virology’s State Key Laboratory of Virology wrote that both Chloroquine and the antiviral Remdesivir were, individually, “highly effective” at inhibiting replication of the novel coronavirus in cell culture. According to the paper, an efficient approach to drug discovery is to test whether the existing antiviral drugs are effective in treating related viral infections. Several FAD-approved drugs were tested, including ribavirin, penciclovir, nitazoxanide, nafamostat, chloroquine and two well-known broad-spectrum antiviral drugs remdesivir and favipiravir against a clinical isolate of 2019-nCoV (coronavirus) in vitro. Among the tested drugs, two compounds – remdesivir and chloroquine – potently blocked virus infection at low-micromolar concentration and showed high SI, it was revealed. Remdesivir has been recently recognized as a promising antiviral drug against a wide array of RNA viruses (including SARS/MERS-CoV) infection in cultured cells, mice and nonhuman primate (NHP) models. It is currently under clinical development for the treatment of Ebola virus infection. Chloroquine, a widely-used anti-malarial and autoimmune disease drug, has recently been reported as a potential broad-spectrum antiviral drug. Chloroquine is known to block virus infection by increasing endosomal pH required for virus/cell fusion. Besides its antiviral activity, chloroquine has an immune-modulating activity, which may synergistically enhance its antiviral effect in vivo.  The scientists concluded by stating: “Our findings reveal that remdesivir and chloroquine are highly effective in the control of 2019-nCoV (coronavirus) infection in vitro. Since these compounds have been used in human patients with a safety track record and shown to be effective against various ailments, we suggest that they should be assessed in human patients suffering from the novel coronavirus disease.” When Nigerians heard about the effectiveness of chloroquine in treating coronavirus, they took to Twitter to react to it and to reminisce on their experiences using chloroquine while growing up. See some tweets below. 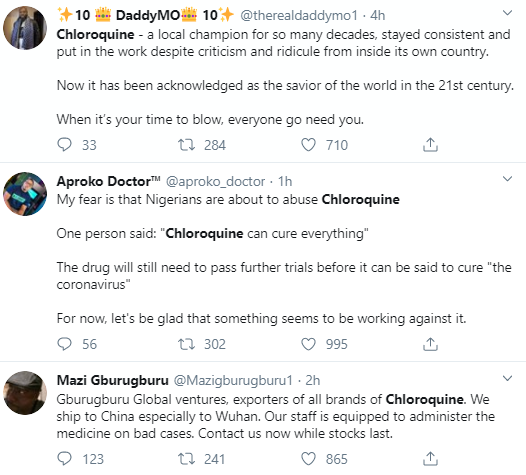 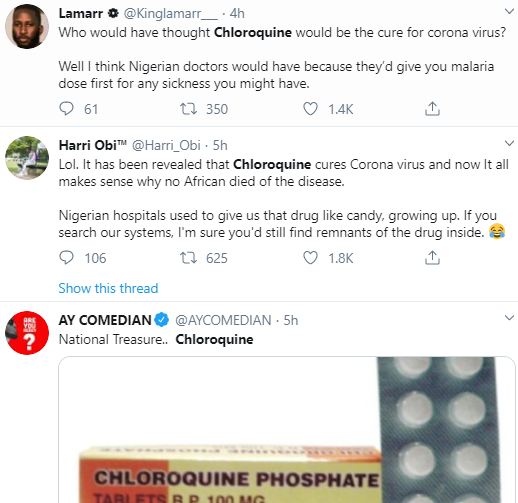 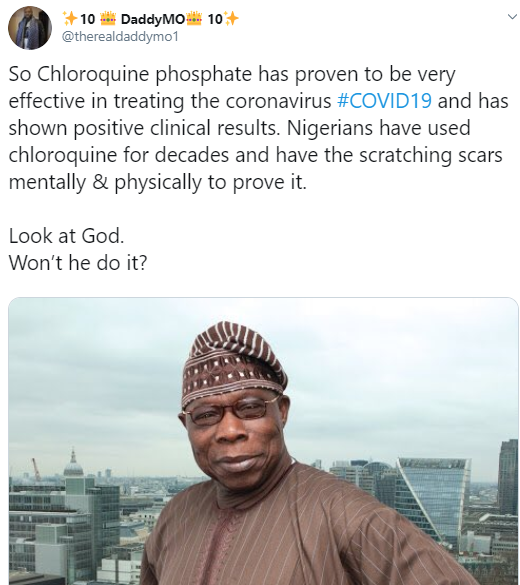 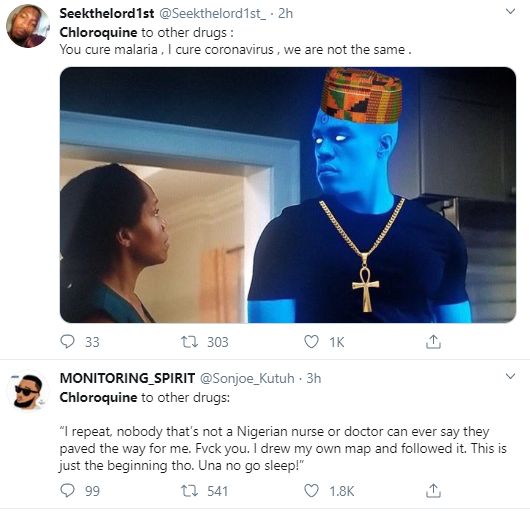 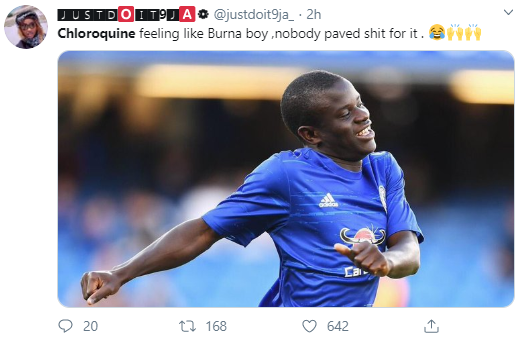 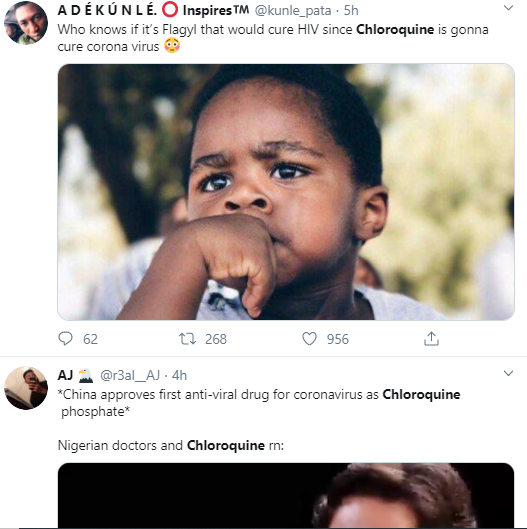 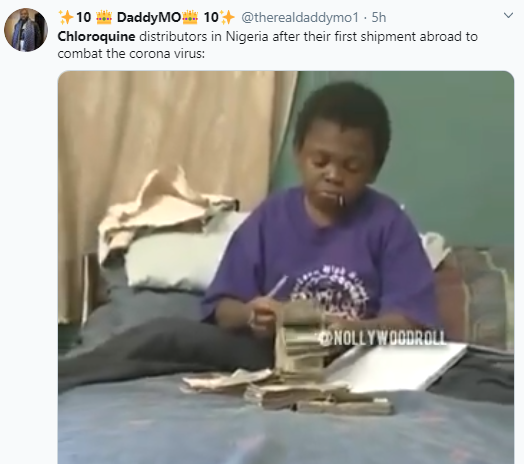