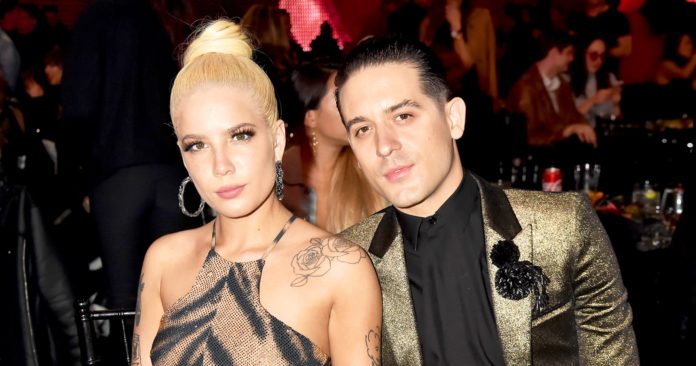 Halsey and G-Eazy have called it quits on their rekindled relationship, just three months after reuniting, Us Weekly confirms.

“They just can’t seem to get past their previous issues,” a source tells Us, who adds that the rapper “was all over other girls publicly at his Halloween party this past weekend.” They have also unfollowed each other on Instagram.

As previously reported, the pair split in July after nine months of dating. The “Bad at Love” singer, 24, took to Instagram to confirm their breakup, writing, “I normally keep this kind of thing private but provided our public nature I feel the need to inform my fans. G-Eazy and I are taking some time apart. I’m eager to continue the upcoming passage of time dedicating myself to my art and my career, and the duration of my tour. I wish him the best. Thanks for respecting our privacy at this time.”

Just a few days later she broke down on stage while performing her hit “Sorry.”

A source told Us at the time that the pair were open to the possibility of reconciling. “They are still very much in love and are optimistic about their paths inevitably crossing again in the future,” the source said. “They believe if it’s meant to be, it will be.”

In August, they were spotted packing on the PDA at an MTV Video Music Awards afterparty and another insider told Us that the two were “figuring things out.”

“They were so serious before and now they don’t feel that same pressure to define it. They’re super into each other still but they’re being casual for now and avoiding labels,” the insider added. “Their friendship is still strong and intact and they both care about that a lot.”

The couple’s breakup comes less than a month after G-Eazy, 29, shared a sweet birthday message for Halsey on Instagram. “I love you so so so much and I always will,” he captioned a series of pics with his “Him & I” duet partner. “I myself, along with millions and millions of other people appreciate you more than you’ll ever know. You’re the brightest star in the sky. So grateful to get to travel thru life with you, so happy to call you my queen.”