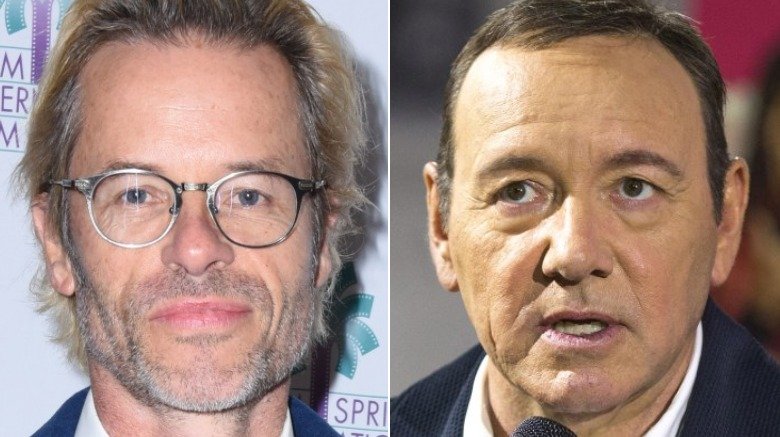 Guy Pearce is speaking out.

During his Tuesday, July 3, 2018, appearance on the Australian talk show Interview, the 50-year-old actor opened up about working with Kevin Spacey on LA Confidential in 1997.

“Yeah… Tough one to talk about at the moment. Amazing actor; incredible actor. Mmm. Slightly difficult time with Kevin, yeah,” Pearce began when asked about the experience. “He’s a handsy guy.” While he did not elaborate on his account, the Iron Man 3 star went on to refer to previous sexual misconduct claims made against Spacey, noting, “Thankfully I was 29, and not 14.”

As Nicki Swift previously reported, Star Trek: Discovery star Anthony Rapp came forward in October 2017 to accuse Spacey of sexually assaulting him when he was just 14 years old. As the Broadway star told Buzzfeed, the incident occurred at a party held at Spacey’s New York City apartment in 1986, during which Rapp got bored and went into the older actor’s bedroom to watch TV. Spacey, then 26, allegedly came into the room after everyone else had left and attempted to “seduce” Rapp.

The American Beauty actor, now 58, faced major backlash after coming out as gay in his public apology to Rapp shortly after the allegations hit. “I honestly do not remember the encounter, it would have been over 30 years ago,” Spacey stated at the time. “But if I did behave as he describes, I owe him the sincerest apology for what would have been deeply inappropriate drunken behavior, and I am sorry for the feelings he describes having carried with him all these years.”

Amid the scandal, Netflix cut ties with the House of Cards star as a number of other men, including members of the show’s crew, accused Spacey of sexual harassment and assault.

At the time of this writing, Spacey has yet to publicly comment on Pearce’s recent remarks. He is just one of many powerful men in Hollywood, most recently including Andy Dick, Chris Hardwick, and Morgan Freeman, to be accused of sexual misconduct after Harvey Weinstein’s ongoing scandal first broke last fall.