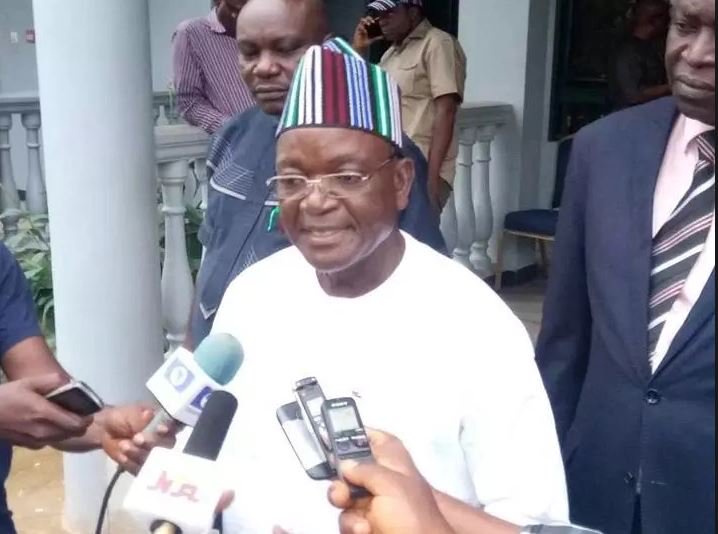 The Benue State Governor, Samuel Ortom has directed the state Ministry of Finance to immediately commence the payment of salary arrears, pensions and gratuity, from the Paris Club refund recently received by the state.

The Governor gave the directive Monday at the burial of Sabastine Dewua at Tse-Awuna, Mbachohon, Gwer West Local Government Area of Benue State.

He stated that although the setting up of the Paris Club disbursement committee was done with good intentions owing to public concerns, he had decided to suspend the committee to pave way for speedy payment of the funds to workers and retirees.

Governor Ortom noted that as part of the transparency policy of his administration, he immediately made public the receipt of the N14.9 billion Paris Club refund even when other states were yet to disclose theirs.

He reaffirmed his stand against the invasion of the state by armed herdsmen, a position he attributed to the support he has enjoyed from the Benue people.

The Governor urged his supporters to be peaceful in canvassing support for his reelection, pointing out that power belongs to God and the Creator gives it to whoever He wills.

While praying God to grant the deceased eternal rest and his family the fortitude to bear the loss, Governor Ortom described the late Dewua as a truthful and God-fearing person who lived and died in Christ.

In a funeral mass, parish priest in charge of St. Theresa’s Catholic Parish Naka, Reverend Fr. Titus Igyese, urged the living to respect life more than death, stressing that one who lives a godly life fears no death.

The immediate younger brother of the deceased, Brigadier General Charles Dewua, on behalf of the family, expressed appreciation to Governor Ortom, the Church and everyone who stood by the family during the sickness, death and burial of their father.