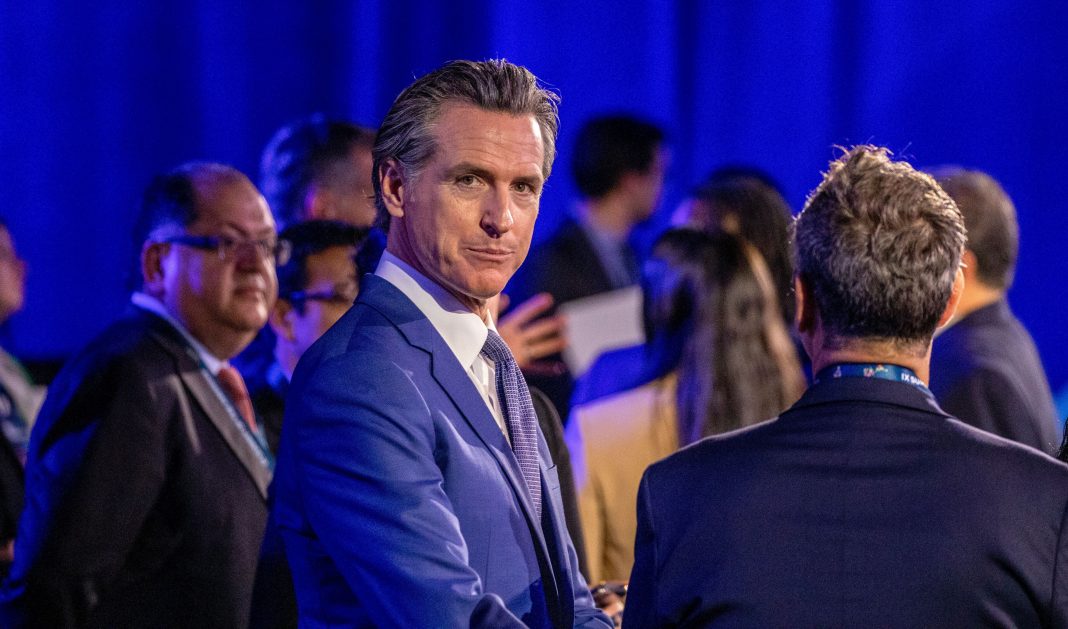 California Gov. Gavin Newsom (D) unveiled a new campaign ad over the Fourth of July weekend urging Floridians to fight against a slate of new discriminatory laws unveiled by GOP lawmakers… or move across the country to his own state instead.

“Freedom is under attack in your state,” Newsom said in the 30-second video, which will air on Fox News as part of a $105,000 ad buy. “Your Republican leaders, they’re banning books, making it harder to vote, restricting speech in classrooms, even criminalizing women and doctors.”

“I urge all of you living in Florida to join the fight or join us in California where we still believe in freedom,” he continues. “Freedom of speech, freedom to choose, freedom from hate and the freedom to love.”

We’re about to celebrate Independence Day — but Freedom is under attack by Republican leaders in states like Florida.

It’s time to stand up. Don’t let them take your freedom. pic.twitter.com/cFI5UzgZzX

The ad comes amid a surge in new legislation that has been passed by the Republican-controlled legislature in Florida in recent months. On July 1, the state’s “Don’t Say Gay” bill, which restricts what teachers can say about gender and sexual orientation in classrooms, went into effect. Florida Gov. Ron DeSantis (R) also signed another law that would have prohibited all abortions in the state after 15 weeks of pregnancy with no exceptions for victims of rape or incest that was scheduled to go into effect on July 1, as well. That law was temporarily blocked by a judge last week.

Newsom is currently running for reelection in California, hoping to win a second term in November, as is DeSantis. Both are seen as rising stars in their parties with their sights set on a future presidential bid.

A spokesman for DeSantis told CNN the Florida governor was unbothered by the new ad.

“Gavin Newsom might as well light a pile of cash on fire,” the spokesman, Dave Abrams, told the outlet. “Pass the popcorn for his desperate attempt to win back the California refugees who fled the hellhole he created in his state to come to Florida.”