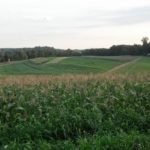 The governor said this on Sunday in a Sallah broadcast.

He said farmers and herdsmen have resumed normal activities without any hindrance.

He said the reconciliation committee set up by the state government under the chairmanship of the state deputy governor, Malam Ibrahim Wakkala, encouraged the warring parties to embrace peace.

While urging all communities in the state to remain peaceful, Yari assured that the state government would continue to uplift the lives of citizens.

He also commended Islamic scholars in the state for preaching peace during the just concluded Ramadan fast and urged people to use the gains of the month in all their dealings.

He reassured that his administration would continue to ensure prompt payment salaries while making sure that basic amenities were provided.

Yari also hosted 340 orphans to a lunch at his private residence.