Chelsea Football Club has completed the signing of French striker Oliver Giroud from Arsenal for £18million.

The Frenchman, who spent five-and-a-half years at Arsenal and scored over 70 goals for the club will wear the number 18 shirt for the Blues. 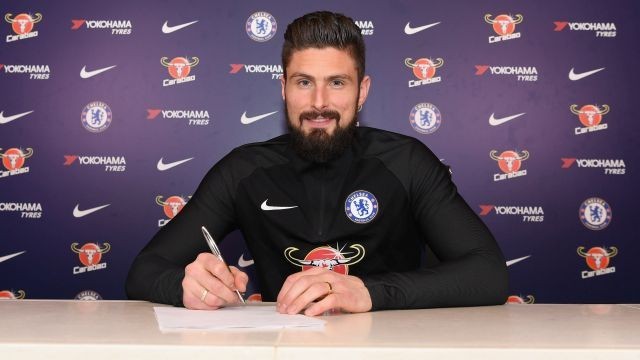 At his unveiling, he said: ‘Chelsea is one of the biggest teams in the Premier League. They have won maybe the most trophies in the last six or seven years. It’s a massive club and I am proud to sign for Chelsea, and I’m looking forward to playing.’

Giroud joins compatriots N’Golo Kante and Tiemoue Bakayoko in the Chelsea squad, and he is eligible to play in all three competitions for the Blues.