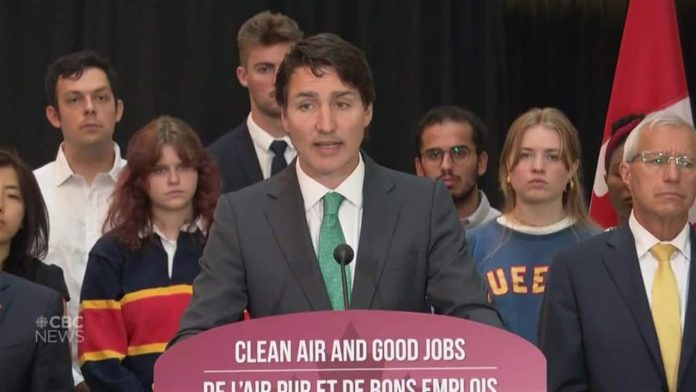 The Liberals are facing heavy criticism from Ukraine for exempting six Siemens Energy turbines, which were serviced in Montreal and help deliver gas to parts of Germany, from sanctions against Russia over its invasion of Ukraine.

Speaking to reporters in a teleconference after a meeting of G20 finance ministers in Bali, Indonesia, Freeland said she understood Ukraine’s response but defended the government’s move as the right one to make under the circumstances.

“That was a very difficult decision for Canada and I understand the concern that Ukraine has about it, but it was the right thing to do,” Freeland said.

“Canada is united and determined in our support of the people of Ukraine, we’ve contributed $3.4 billion in total financial and military support and I’m proud that Canada has led the way in many aspects to support Ukraine and oppose [Russian President] Vladimir Putin.”

But Canada alone cannot provide Ukraine with the support it needs, Freeland said, adding a united effort on the part of Canada’s fellow G7 members and the transatlantic alliance is necessary to ensure that support.

Freeland said Germany was clear the pipeline, operated by Russian state-owned energy company Gazprom, could be an issue for its leaders. Russia reduced gas deliveries by 60 per cent last month from its Nord Stream 1 pipeline which runs to northeastern Germany, citing turbine-related technical problems.

“Canada heard very clearly from our German allies that Germany’s ability to sustain its support for Ukraine could be at risk,” Freeland said. The United States has publicly backed Canada’s decision to return the turbines, a position Freeland described as very significant.

Prime Minister Justin Trudeau says the decision to return the turbines does not affect Canada’s support for Ukraine.

Ukrainian President Volodymyr Zelenskyy, on the other hand, condemned the decision as “absolutely unacceptable” earlier this week.

“The decision on the exception to sanctions will be perceived in Moscow exclusively as a manifestation of weakness. This is their logic,” he said, adding Russia will now try to limit or shut down gas supplies to Europe at the most critical moment.

In Ottawa, opposition MPs demanded Friday that senior Liberal ministers explain the controversial decision during a special meeting of the foreign affairs committee sometime next week.

Conservatives had called on Freeland to appear, alleging that she had disagreed with the decision that Liberals were trying to shield her testimony before her comments on Saturday.

The committee will also invite the Ukrainian Canadian Congress and the ambassadors of Ukraine, Germany and the European Union to Canada to provide testimony.