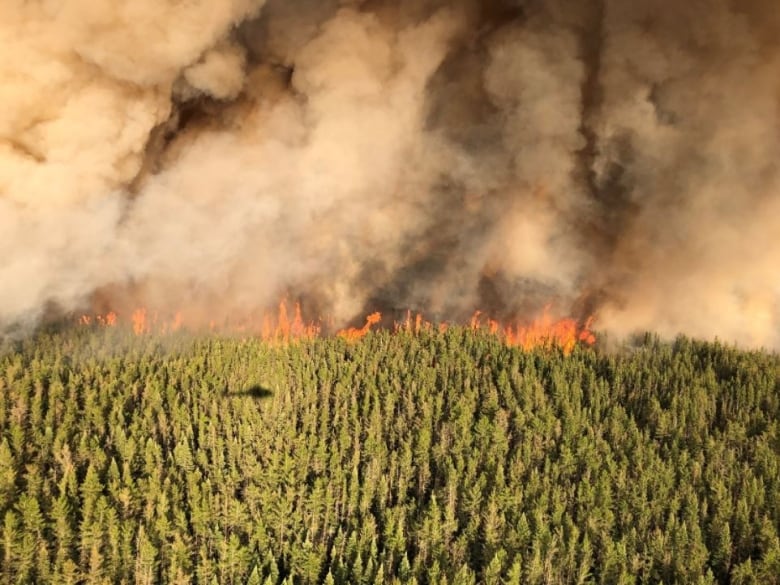 A forest firefighter has died in northwestern Ontario after a medical emergency that occurred last week in the Fort Frances, Ont., area, the province’s Aviation, Forest Fire and Emergency Services (AFFES) agency said.

The deceased, who has not been identified, was a contract firefighter who died in hospital following a medical issue that occurred on July 15, while he was helping respond to wildfires burning in the Fort Frances district, Marchand said.

“Our ministry is working with the Ontario Provincial Police, the Ministry of Labour, Training and Skills Development, the coroner’s office and the contract service provider in their investigations,” he said. “We extend our heartfelt thanks to our wildland fire contractors who have offered support and staff to help us fight these fires across northwestern Ontario.

“We remain committed to provide a safe work environment for our staff and our partners and working together through … this period of heightened fire activity.”

No further details were provided.

As of Sunday morning, there were more than 100 forest fires burning in northwestern Ontario, according to the province’s interactive forest fire map.

Red Lake 51, which continues to burn about 24 kilometres west of Deer Lake First Nation, is more than 45,000 hectares in size, AFFES said.

The agency said the fire is behaving too aggressively to send out ground crews, and officials are looking for opportunities to bring the eastern edge of the blaze, which is the closest to Deer Lake, to natural boundaries.

A full evacuation of Deer Lake was taking place over the weekend following a request from community leadership.

Red Lake 65 encompasses about 12,300 hectares and is burning about seven kilometres northwest of Poplar Hill First Nation. Again, AFFES said fire behaviour has been too aggressive to safely deploy ground crews, and officials are looking for opportunities to bring the fire to natural boundaries.

A full evacuation of Poplar Hill has taken place.

Meanwhile, the Municipality of Red Lake continues to advise residents that an evacuation is likely.

Red Lake 77, which is burning about 36 kilometres west of the community, is about 17,000 hectares in size. Firefighters have also had to contend with multiple smaller fires that have broken out south of Red Lake in the last few days.

Marchand said that as of Sunday, four of those smaller fires located south of Red Lake were under control. Red Lake 124 is not under control at 40 hectares.

Kenora 51 is now more than 90,000 hectares and burning in Woodland Caribou Provincial Park. AFFES said crews are maintaining sprinklers on structures in the fire’s vicinity.

Among the new fires reported Saturday was Nipigon 56, which is burning 2.5 kilometres southeast of Schreiber, located on the northernmost point of Lake Superior. The AFFES said the fire is 0.2 hectares in size and not under control.

Marchand said there were some efforts to suppress the fire on the weekend.

“A fire in that proximity to the community would certainly be a top priority for the fire management headquarters in Nipigon district,” he said.

A restricted fire zone remains in effect for the Kenora, Fort Frances, Dryden and Thunder Bay districts, as well as portions of the Sioux Lookout, Red Lake and Nipigon districts. No outdoor burning is allowed in those areas.

Temperatures are expected to reach about 30 C, and into the mid-30s with the humidex, on Sunday.

“Heat has been an ongoing concern in terms of firefighter safety,” Marchand said. “This is hard physical work, in very difficult conditions.”

“The further we go on into these types of conditions, the more difficult it is to fight fire,” Marchand said. “The fires we’re finding are larger and more difficult to extinguish. They’re digging in deeper into the ground, as deep as 30 to 45 centimetres in some cases, depending on the type of ground they’re burning in.