Ford to stake future on trucks and electrification 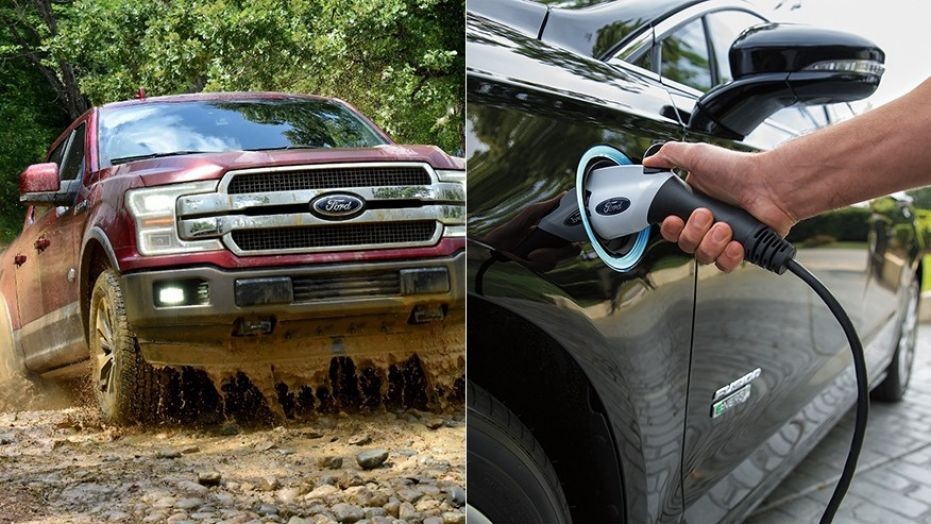 Ford is reallocating one third of its internal combustion development budget into the electrification of its vehicles.

The $500 million is on top of the $4.5 billion the company has already earmarked toward the next generation powertrains. A new group known as “Team Edison” will spearhead Ford’s shift away from conventionally-powered vehicles.

The decision comes after a 100-day review of the company ordered by new President and CEO Jim Hackett.

Hackett said on Tuesday during a meeting with Wall Street analysts that Ford was late to focus on electric vehicles because it thought it was an all or nothing proposition. Ford now projects that by 2030 the global market will be split evenly three ways between vehicles with internal combustion engines, hybrids and pure electrics. Thirteen hybrid and electric vehicles are now on the way over the next five years, although only one pure battery-powered vehicle — a crossover with a 300 mile range scheduled for 2019 — has been announced.

Concurrent with the new emphasis on electrification, Ford is also redirecting $7 billion from car to truck and SUV development, and reducing the number of cars it offers. The specific models eliminated were not identified.

Farley added that pure electric vehicles will be centered on segments where Ford already has a “strong revenue position,” including the crossover planned for 2019. Team Edison will be working to further define the lineup.

As far as autonomy is concerned, Farley said that the self-driving car that will be introduced in 2021 will be a hybrid, but not a sedan like the Fusions being used as testbeds for the technology. He added that Ford subsidiary Argo AI is working on production ready autonomous platform, and that Ford won’t release a beta version before development is complete.

In what may have been a veiled slight aimed at Tesla, (which frequently updates its semi-autonomous Autopilot software, both enhancing and restricting its features at times,) Hackett said Ford won’t use its customers as test subjects for autonomous technology.