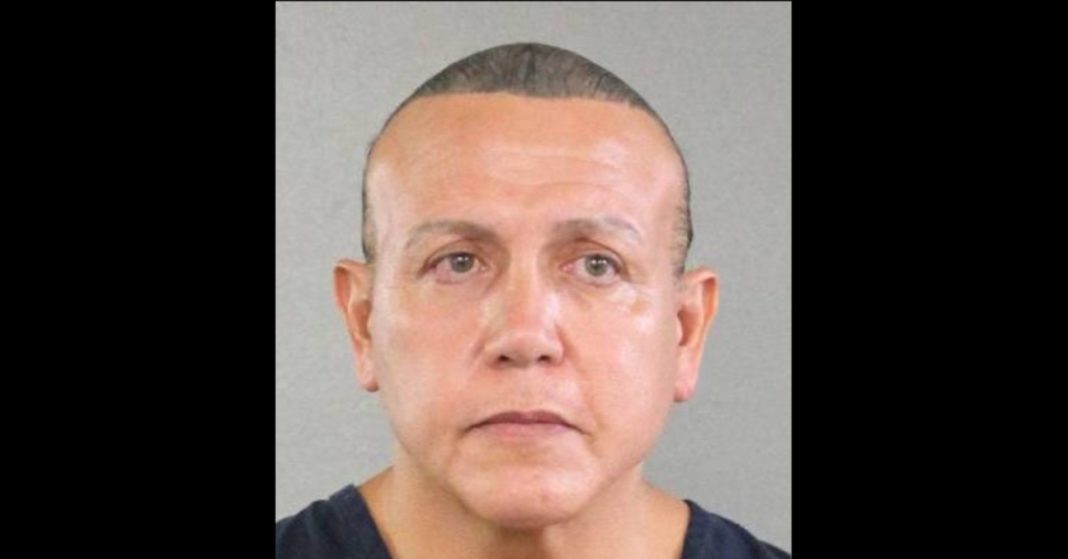 Cesar Sayoc Jr. was charged Friday with five federal crimes related to at least 14 mail bombs sent to former President Barack Obama, the home of Bill and Hillary Clinton, and to other leading Democrats and their fellow critics of President Donald Trump.

DNA that could be linked to the avid Trump supporter Sayoc was recovered from the same package addressed to Waters as well as on the explosive device in the package addresed to Obama, according to the criminal complaint filed against him in U.S. District Court in Manhattan.

Wray warned that other explosive devices still might be in transit now. Wray urged people to report any suspicious packages.

None of the 14 devices sent in the spree detonated. Each of the bombs contained a 6-inch length of PVC pipe, a small clock, a battery, wiring, and “energetic material,” or explosives.

Sayoc, a 56-year-old old with a lengthy criminal record, was taken into custody Friday morning near his white van, which was covered in political messages supportive of Trump and images critical of CNN, the news agency that the president often accuses of airing “fake news.”

CNN’s New York headquarters, and the rest of the Time Warner Center in Manhattan, was evacuated Wednesday after a bomb was found in a package addressed to former CIA chief John Brennan in care of CNN.

The complaint filed against Sayoc charges him with with interstate transportation of an explosive, illegal mailing of explosives, threats against former presidents and certain other persons, threatening interstate communications and assaulting current and former federal officers.

He faces up to 48 years in prison if convicted.

The complaint noted that his Twitter feed, which uses the name Cesar Altieri, contains posts with misspellings consistent with those found on the bombs’ packages, such as “Hilary,” for Hillary Clinton, and “Shultz,” for Rep. Debbie Wasserman Schultz, D-Fla.

Each of the packages used to send the bombs had the name and address of ex-Democratic National Committee chairwoman Schultz as the purported sender of the packages.

Senior law enforcement sources told NBC News that Sayoc denied conducting the bomb campaign when he was initially questioned by law enforcement. He was spoken to under the national security exception, which allows authorities to ask questions of a person without notifying them of their Miranda rights.

Sources said that once Sayoc was read his Miranda rights, he said he wanted a lawyer and refused to answer questions.

“This is a law-and-order administration,” Attorney General Jeff Sessions said at a press conference after the arrest. “We will not tolerate such lawlessness, especially not political violence.”

“He appears to be a partisan,” said Sessions.

Sayoc’s Twitter feed is rife with posts harshly critical of Democrats as well as of billionaire philanthropist George Soros, who received the first in the series of bombs on Monday at his Westchester County, New York, home. A post on that feed written Wednesday — in the middle of the bombing spree — criticized Soros and Obama, among others.

Sayoc also posted pictures of himself attending Trump’s inauguration as president in January 2017, and photos and videos from Trump’s rally in Melbourne, Fla., a month after the inauguration.

The ones addressed to Booker, Clapper and Harris were discovered Friday.