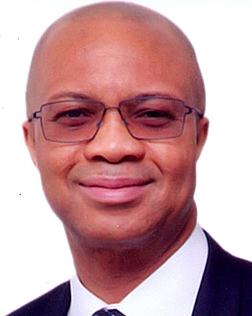 FG released N2.5trn for capital projects in 2016, 2017— Budget Office DG
ABUJA—MR Ben Akabueze, Director General, Budget Office of the Federation, said yesterday that the Federal Government released about N2.45 trillion for capital projects from 2016 and 2017 budgets. Ben Akabueze Akabueze disclosed this in an interview with the News Agency of Nigeria (NAN) in Abuja. Recall that N6.06 trillion was the total budget for 2016, including N1.75 trillion for capital projects while N2.18 trillion was for capital expenditure in the 2017 budget of N7.298 trillion. The director general said N1.2 trillion was released for the implementation of capital projects in 2016. “This (N1.2 trillion) is the highest amount released so far by the Federal Government. Over one trillion was utilised by Ministries, Departments and Agencies, MDAs. “Overall, of the total budgeted sum of 6.06 trillion in 2016, the sum of 5.36 trillion accounts for the total expenditure, leaving a balance of 0.7 trillion,” he said. The director general said the figure indicated an overall performance of 88.43 per cent, adding that the implementation of 2016 budget was remarkable. “With regard to 2017 budget, about N1.248 trillion has been released for capital projects. MDAs have so far accessed about 70 per cent of this amount,” he said. He however noted that the MDAs had included about 50 per cent of the capital projects budgeted for in 2017 in the 2018 budget. Akabueze said that the implementation of the 2017 budget would be ongoing until the 2018 budget was approved.
Share
Facebook
Twitter
WhatsApp
Pinterest
Linkedin
ReddIt
Email
Print
Tumblr
Telegram
Mix
VK
Digg
LINE
Viber
Naver
Previous articleRescue Leah Sharibu now, Northern Christian group begs Buhari
Next articlePresident Buhari signs instrument of ratification with Switzerland on return of Illegally acquired assets