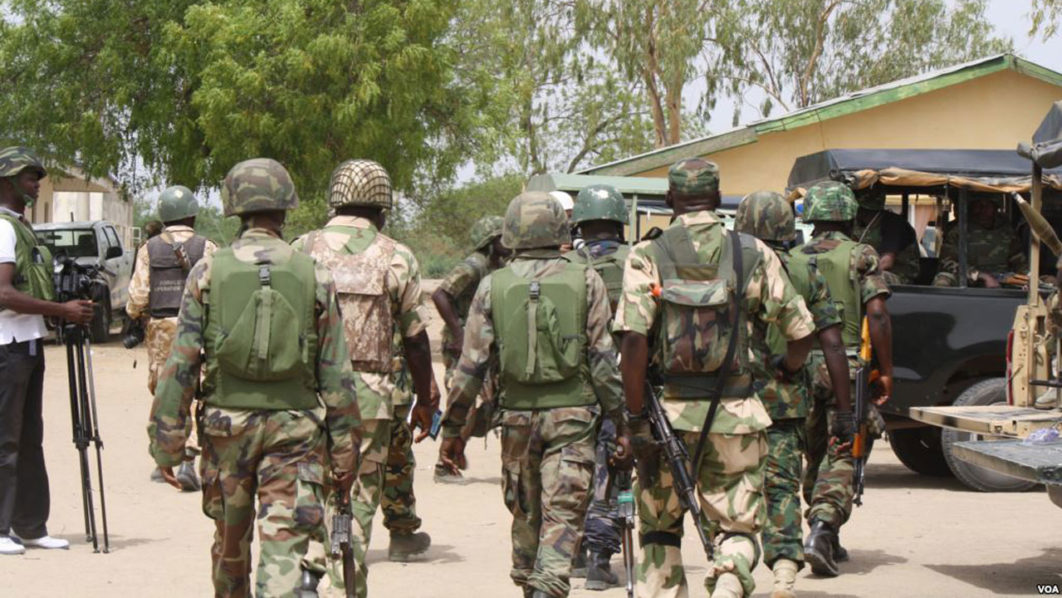 The Federal Government has directed the military to vacate the premises of Daily Trust.

DAILY POST learnt that the order has been complied with.

“Issues between the military and the newspaper as they affect the coverage of the war in the Northeast will be resolved through dialogue”, he added.

They also requested to see the Political Editor, Hamza Idris whose name has appeared in bylines of major exclusive and investigative reports.

Some of the lead stories include: “Military Prepares Massive Operation to Retake Baga, Others,” “Zamfara Bandits May Have Link with Boko Haram, -Defence Minister,” “Shettima Funds 20,000 Civilian JTF for six Years,” and “Troops Repel Boko Haram Attack in Damasak… Kill Many in Yobe.”

The Editorial titled “FG is Running Out of Excuses” highlights some of the humanitarian challenges in the North-East and the efforts of the military in tackling Boko Haram insurgency.

The Editorial pointed out that the Borno community leaders at an emergency meeting of security agencies summoned by Governor Kashim Shettima expressed fears that insurgents could push on from Baga, overrun Monguno and on to Maiduguri.

The Editorial further acknowledged the successes of the military in repelling three attacks on Monguno with Air Force raids that halted the insurgents in their tracks and killed many terrorists. It also commended the effort of the military in launching a major offensive to retake the lost towns and bases.

The Editorial asked some hard questions and proffered suggestions. It stated thus: “From all indications there is no multinational force in the Lake Chad region, and we must ask why it is that Chadians, Nigeriens and Cameroonians do not seem to be around anymore.

“We however commend the Niger Republic forces that last week killed 200 Boko Haram terrorists in their south eastern Diffa Region”, it added.

“Despite fortunes reportedly spent on armaments, it is clear also that our military lacks enough force and firepower to eliminate Boko Haram once and for all.

“This is very unfortunate. The country is at war and has been so for nearly 10 years now. Even though many successes were recorded, we expect the Federal Government to drop everything else and go for the best weapons, equipment and munitions wherever it can find them.

“Armoured helicopter gunships, mine-resistant APCs, drones, the latest machine guns and abundant munitions are some of the weapons needed to finish this war, and we believe that this country has the resources to acquire them from any available sources provided government rearranges its priorities.

“We must also do whatever it takes to bring our neighbours back into the war. Boko Haram is a threat to all of us but they need our material support to be able to fully mobilise for this war. We should provide it. Honestly, the Presidency is running out of excuses,” it concluded.