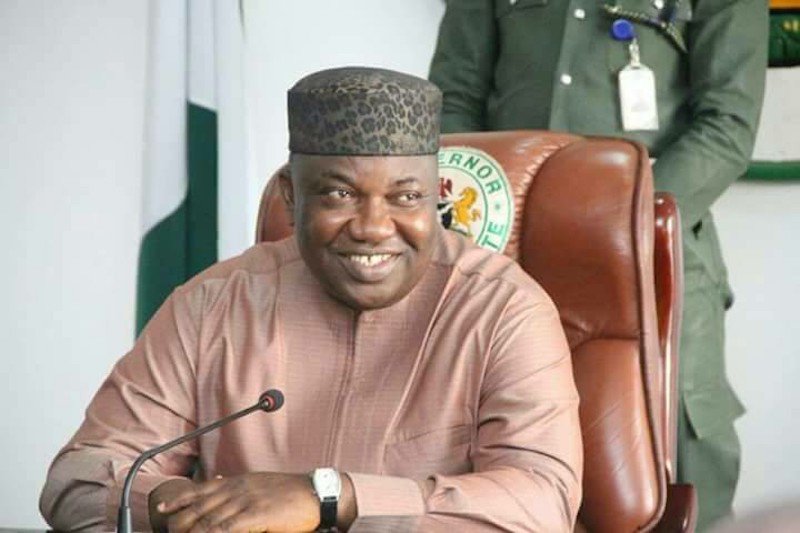 The Minister of Industry, Trade and Investment, Dr. Okechukwu Enelamah and the National President of Nigerian Association of Chambers of Commerce, Industry, Mines and Agriculture (NACCIMA), Iyalode Alaba Lawson have commended Governor Ifeanyi Ugwuanyi of Enugu State for his administration’s innovative measures and steadfastness in enhancing the ease of doing business in the state.

The duo also congratulated Gov. Ugwuanyi for Enugu State’s recent impressive rating as second in the list of the five most reformed states in ease of doing business in the country, in 2018.

Kaduna, Enugu, Abia, Lagos and Anambra states were last week, rewarded at the Presidential Enabling Business Environment Council (PEBEC) Awards 2019 for being top reformed states in ease of doing business in 2018. The awards were presented by Vice President Yemi Osinbajo, at the Old Banquet Hall of the Presidential Villa, Abuja.

Speaking during opening ceremony of the 30th Enugu International Trade Fair, the Minister who was represented by his Senior Special Adviser, Emeka Ifezulike, said that the recent feat recorded by Gov. Ugwuanyi’s administration “is no mean achievement”, stressing: “We have to congratulate our amiable Governor of the State, His Excellency, Rt. Hon. Ifeanyi Ugwuanyi for his steadfastness in making Enugu State very conducive for businesses to thrive”.

The minister also applauded the governor of for his administration’s enormous assistance to the Enugu Chambers of Commerce, Industry, Mines and Agriculture, which he said contributed to the success story of the body in the state.

On his part, the National President of NACCIMA, Lawson, thanked Gov. Ugwuanyi for his administration’s support to the chamber’s movement to its permanent site in Enugu, as well as the state government’s “tireless efforts at promoting the growth of the private sector in Enugu State”.

The National President told Gov. Ugwuanyi that “NACCIMA is pleased with the great steps your administration has taken in the growth and development of the MSME programme, which has brought about the recent launch of National MSME Clinic in Enugu by the Vice President, Prof. Yemi Osinbajo in October 2018”.

Congratulating Gov. Ugwuanyi on his reelection, the NACCIMA President, who was represented by the former President, Nnewi Chamber of Commerce, Mr. Humphrey Ngonadi, pointed out that the victory “is certainly a re-affirmation of the confidence the great people of Enugu State have in your inspirational leadership and commitment to their welfare”.

“It also confirms their belief in your ability to move Enugu State’s economy to greater heights”, he added.

Responding, Gov. Ugwuanyi, who was represented by his deputy, Hon. Mrs. Cecilia Ezeilo, reiterated his administration’s commitment in promoting ease of doing business in Enugu State.

The governor maintained that “in line with the prevailing attitude in the country, we are taking concrete measures to enhance the ease of doing business in the state while being fully engaged in a campaign to attract investors who will help us harness the state’s vast potentials in diverse areas including agriculture, solid minerals, manufacturing, tourism, power generation, medicare, education, financial services, technology, etc”.

He lauded the current efforts of the federal government in repositioning the nation’s economy and urged it “to develop the Enugu International Trade Fair complex and bring it to the same level as its contemporaries in Kaduna and Lagos – more so as Enugu is a regional capital and with this fair having been in existence for 37 years”.

The governor also commended ECCIMA for its efforts towards improving the quality and scope of the fair for socio-economic expansion of the state, south east and Nigeria, and reassured the body of “the continued support and assistance of the state government especially through the provision of basic amenities and the sustenance of a business-friendly environment in Enugu State”.