Father Mbaka speaks on God ‘being angry with Buhari’ 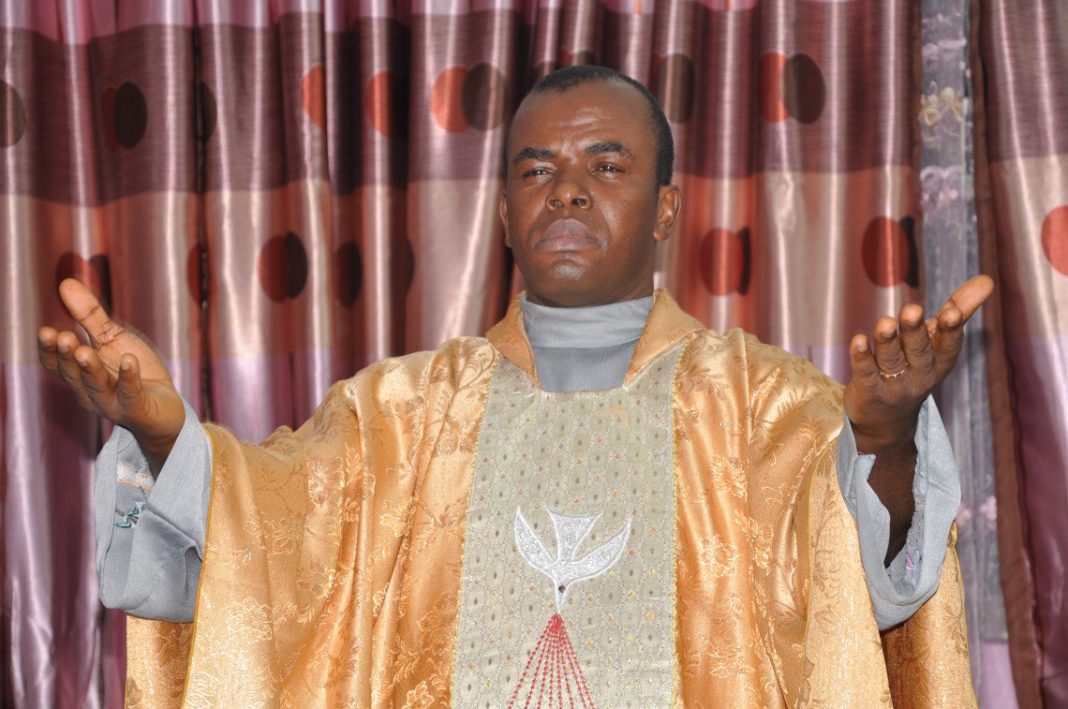 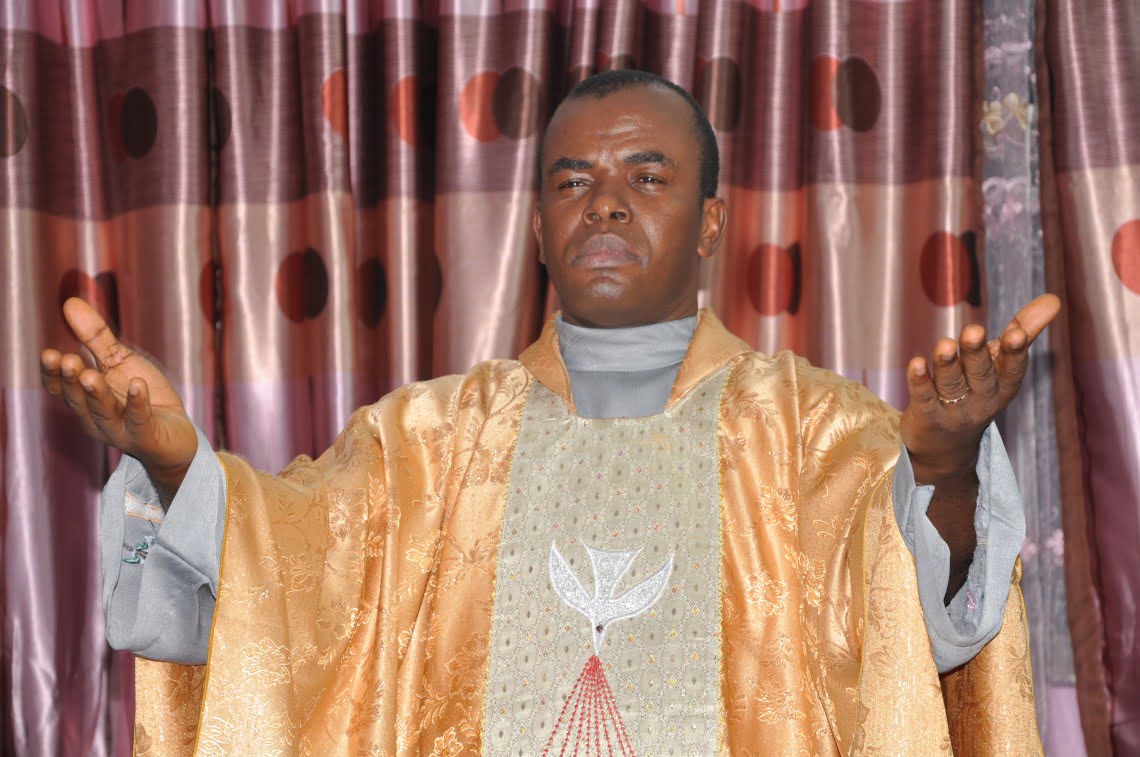 There was a viral social media report that he (Mbaka) prophesied doom in Aso Rock on October 1st.

The cleric made the denial in a statement made available to pressmen on Monday, describing it as the handiwork of his enemies.

Refuting the report, Mbaka said, “Please fellow children of God, help me to tell the world that, I Rev Fr Mbaka Ejike Camillus never prophesied anything about 1st October.

“That is not from me. I have not told anyone, at any time or place that I will resign from priesthood by 1st October.

“That is the handiwork of my demonic enemies.

“I don’t hold Adoration Ministry on Thursday as the story claims and I never at any time told anyone that heavy rain will fall upon Aso Rock and that God is angry with President Buhari.

“The spreading media report is a wicked character assassination from the accursed demonic agents of darkness.

“I never prophesied anything about 1st October nor against Mr President. Why are people attracting curses and God ‘s vengeance upon themselves.”